Home Blog Blog Chitwan – A must Destination for a Nature Lover

Shifting the focus from Nepal as the Himalayan kingdom, Chitwan in the Terai region is starting to gain its own recognition as the Jungle of Nepal. Favored by climate and terrain, Chitwan is located in the Terai with tropical climate. Situated 145 km away from the capital city of Kathmandu, Chitwan is starting to be one of the most famous destinations of South Asia. Blessed with a diverse and exotic flora and fauna, Chitwan is developing as a wildlife adventure spot.  Having a subtropical climate with hot, humid summers and mild winters, it receives tourists throughout the year. With the first conservation area of Nepal, Chitwan National Park, it is proving to be one of the most conserved areas in Asia with thriving wildlife in their intact habitats. Apart from their conservation efforts, the various places and attractions in Chitwan allow people to experience nature and its diversity up-close in the most entertaining ways. Some of the most famous activities / attractions of the Chitwan are as follows: With the most exotic and endangered species inhabiting the areas, one gets to witness a diverse wildlife population within a limited area in a short time frame. There are 56 species of animals, 49 species of amphibians and reptiles and 525 species of birds making it a paradise for the nature lovers and biodiversity enthusiasts. The most sought out animals include the one-horned-rhinoceros, Bengal tigers, four-horned antelope, leopards, sloth bear, rhesus monkey and many others. The cobras, pythons, marsh crocodiles, Gharials and freshwater dolphins are other attractions that provide the exotic touch to the wildlife of Chitwan. The visit to the crocodile breeding center is also a fun experience during the stay. Wildlife is one of the main attractions of the Chitwan. Jungle Safari is one of the main attractions of the Chitwan National Park. In Chitwan the hotels and lodges are situated in the midst of the forests providing the most natural experience possible. But to add to that experience, there are Jungle safari that happens every day when you climb to the back of an elephant and tour the forest area from up above getting the most unique, up-close and natural views of the jungles possible. The most interesting encounters include rhinos and tigers just a few meters away. Along with the safari, one can also visit the elephant breeding center and enjoy the elephants bathing in the rivers. The canoe rides in the rivers to see the crocodiles and water birds is another fun activity during the sunny days of Chitwan. Chitwan is considered to be one of the best destinations for bird watching with species such as the woodpecker, Hornbill, florican, waterfowls, geese, parakeets and many others adorning the lakes and rivers. Bird watching in Chitwan will be a fun activity for all types of nature lovers. Apart from being the perfect natural getaway, Chitwan also includes social experiences where one can witness and experience the lifestyles of various ethnic groups. A short guided tour to the nearby Tharu village allows you to experience life in the Terai region. On the other hand, a trip to the mid-hills of the region lead to interesting trails to the Chepang villages where the traditional, ethnic Chepang people and their unique lifestyles can be observed. The trek allows the beautiful views of the mountains, hills and plains along with a wide species of birds in that area. The trek ends at Hudgi in the Kathmandu-Chitwan highway.

Another detour can be the trip to Devghat, a Hindu pilgrim site which receives thousands of pilgrims during the month of December on Makar Sankranti. A number of shrines, temples, old age homes and ashrams in the Devghat area are considered to be very important, especially the Balmiki ashram, where Sita, wife of Lord Ram was believed to have stayed with her sons after she was exiled.

All these activities can be performed within a few days’ stay in Chitwan so that the trip to Chitwan can be enjoyed in any tour package, whether you are in Nepal for trekking, adventure sports or any other reason. With recent development activities, Chitwan is starting to prove itself as one of the must-see tourist destinations of Asia with wildlife experiences that are hard to come-by in any other destination.  If you reach Chitwan during the best seasons, autumn or spring, you can relish all the fun experiences in the mild climate, making it one of the best natural experiences of your life. 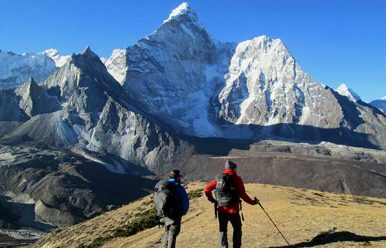 Trekking to the historical Everest Base Camp (EBC) is a dream of many. And if you have the same desire, you must know many things before you begin the trip. Trekking anywhere in the Himalayas does matter all about proper preparation. So, you need to … 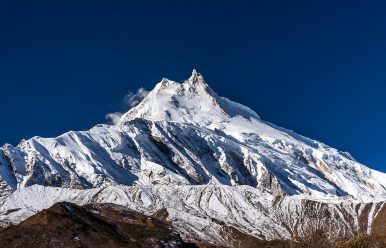 Manaslu Circuit Trek is synonym to gigantic white mountains, nature, bio-diversity, serene beauty and native culture. Many consider Manaslu Trek as arguably the best general trek in Nepal. The word ‘Manaslu’ means ‘intellect or soul’ and the trek definitely will provide the peace to all … 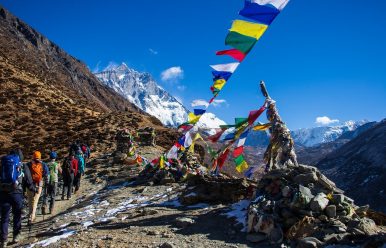 Trekking in Nepal is quickly becoming one of the most adventurous trips among adventure enthusiasts all over the world. With the great efforts of the government and private sector alike, a number of advancements have been made in the field, allowing for easier, quicker and …