The world’s highest peak, Mount Everest (Sagarmatha) is at the altitude of  88848m (29029ft)  from the sea level. And we are proud to say this heavenly wonder lies in Nepal. As its story of hazardous climbing is popular all over the world, its base camp has been the foremost choice of many trekkers visiting Nepal.

Nepal provides the fastest, shortest and technically easier route for climbing Mt. Everest commonly know as Southeast Ridge. And the base camp accompanies the legendary climbing.

As this is at the highest altitude, besides Mount Everest you can also view Mt Cho-oyu, Mt Lhotse, etc. Other special attractions of EBC trek are ethnic monasteries and museum like Tengboche Monastery (a sacred gumba of Everest), local Sherpa culture, wild grassland with rapid glaciers and rivers.

Thus, if you are beauty seeker then you must not miss world’s phenomenal view from EBC.

But, before heading to such adventurous yet unpredictable journey, you should definitely pay attention to season and weather. To say about the time to travel this place, it’s difficult, as every season has its own unique appearance. So, the time to travel might also depend on your taste and adaptation. Though, there are specific seasons where you can find these things in its best form.

Let’s know about the condition of base camp season-wise:

As this season falls from March to the end of the April, this season can be taken as the second busiest trekking time of the year.

Days are long, warm and sunny with occasional rain. Temperature can vary from maximum 15C to minimum -10C i.e. temperature is mediate.the environment is colorful. Rhododendron and other flowers of the grassland in the snowy land is definitely an eye-catching view.

Starting from June to late September, this season is not so preferable. Days are long but it’s humid and wet. Temperature also becomes hot due to this.

The mountain view can be interrupted due to fogs and mist. Also, due to heavy rainfall, landslips and mudslides are common. So as the way to the camp becomes unsafe, we don’t recommend trekkers this season.

Maximum temperature is 17C whereas the lowest is 5C. The precipitation per month can be roughly 190 mm (7.5”) with 5 hours of sunshine.

But at the end of this season, a beautifully carpeted greenery can be observed.

Post-monsoonal months i.e. October and November, are busiest trekking months in EBC. Even these months are preferable for Everest climbing. So, the trails are crowded and busy.

Temperature is mediate with good visibility and favorable weather. So nature altogether is its best form. It is also recommended season for the panoramic view of mountains.

The chance of rainfall is least with no precipitation.

Sunshine hour per day is 7 with 14 km/hr of wind speed.

From the cold months of December to March, numbers of trekkers start to decline. Among them, February and March are prohibited months as these months receive the heaviest snowfall.

Thus, the trails are cold and silent. Chilly winds are prominent. Talking about temperature, in this season, it becomes really unpredictable. It can be as high as 20C and as low as -17C.

But the view is really amazing as the sky becomes clear and calm. So it is a photography season to capture the charm of mountains.

Furthermore, the sunshine hour is 7 with the precipitation rate of 5 mm (0.2”).  The wind speed becomes highest in this season i.e 40 km/hr. So you need to be well-prepared for that.

Though the nights of December are cold and chilly, if you can adapt December is preferred month for winter trekking. So if you wish EBC trek can be your Christmas and New Year’s destination.  But remember the task is risky.

The 7-10 days of a trek to this solu-region is itself an amazing trekking choice which gives you a strong feeling of personal achievement.  So you can choose appropriate season for you to travel and create an unforgettable memory. 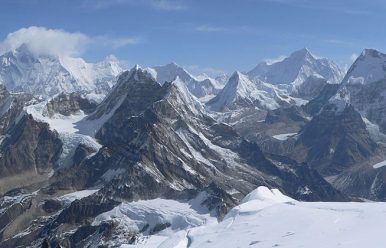 Mt. Mera located at the edge of Khumbu region offers a thrilling climbing experience. It is the highest climbing peak over 6,000 meters in Nepal. And, a climb to its peak is an amazing experience. You must be very attentive in packing Mera Peak gear … 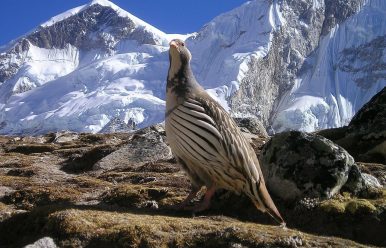 Bird watching in Nepal Trips to Nepal are blessed with natural, cultural, architectural and many other beauties and treasures. For those that are more inclined towards the natural diversity and richness, there are various trips and treks designed so that one can witness the diverse … 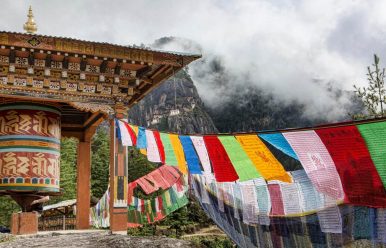