There are, in total, 10 UNESCO World Cultural Heritage Sites in Nepal.

World Heritage Sites are those manmade or natural areas and structures that are recognized as being of outstanding international importance and therefore deserving of special protection. As of 2015, there are 1031 such properties of which 802 are cultural, 197 are natural and 32 are mixed.

Of ten heritage sites in Nepal,  eight are cultural heritage while 2 are natural heritage and seven of them World Cultural Heritage Sites in Nepal are all within the Kathmandu valley which is just 220 square miles in area. Kathmandu Durbar Square is a collection of ancient palaces, courtyards, temples and historic monuments that showcase the architectural skills of the indigenous Newar people. It can be loosely clumped into Hanuman Dhoka Palace area and Basantapur area. There are about 50 temples here of which Taleju Bhawani is important. It is the goddess worshiped in the form of Kumari, Nepal’s living goddesses. Other structures of importance are Kasthamandap from where the city gets its name Kathmandu, Nasal Chowk where the Shah Kings were crowned, Manju Deval, Kumari Bahal, Shiva temple, Bhandarkal, Mul Chowk, etc. Bhaktapur Durbar Square, in my personal opinion, has the most magnificent art and architectural specimens, unrivaled by any other. The 55 Window Palace here is a masterpiece of the woodcarving. The famous Lu Dhowka (The Golden Gate) is, as Wikipedia quotes, ‘the most lovely piece of art in the whole Kingdom’. The artisans who created another beautiful gate, Lion’s Gate, had their hands cut off after the finishing touch so that another such piece could not be made. Other than these, there are a number of temples that are a fine example of Newari arts. Changu Narayan Temple is believed to be the oldest Hindu temple in Nepal. It is one of the richest structure both in terms of history as well as art.

The shrine is dedicated to Lord Vishnu. Many sculptures related to him surround the main temple beside which are the historical pillar erected by Mandeva (464 AD), statue of Queen Bhuwan Lakshmi and her son Bhupatindra Malla and temples of Shiva, Asta Matrika, Krishna, Chinnamasta and Kileshwor. Swayambhunath Stupa, also known as the Monkey Temple due to its resident monkeys, is situated on top of a hill. It is one of the oldest religious site. Some of the shrines and temples here date back to Licchavi period. This is one of the places where the religious harmony in Nepal is apparent as it contains Hindu idols as well.

The temple is of great importance to the indigenous Newars of the valley due to its connection to the making of the valley from the lake it once was. Pashupatinath is one of the most sacred Hindu temple. It is dedicated to Lord Shiva. The main temple is a square, two tiered pagoda with four silver plated doors and roofs plated in gold. The four faced Linga that sits in a silver Yoni, inside the temple, is one of the kind among other Shiva Lingas. This temple is open to Hindus only but all the other hundreds of shrines in and out of the courtyard is accessible to anyone. In figure, there are 492 temples, chaityas, satals etc and about one thousand Shivalingas.

The place is also a cremation site. So many people are burned here that you too will most likely see a funeral pyre being prepared or the cremation itself in process no matter when you visit. Lumbini, the birth place of Buddha is of great religious, historic and archeological importance. It is a major pilgrimage site for Buddhists. Hindus who worship mother Maya as a goddess incarnate, come to offer their prayers as well.

The main ground of Lumbini houses Maya Devi temple inside which is a purported exact spot of Lord Buddha’s birth. It is marked by a stone. Near the temple is a water tank where both the son and mother probably had their ritualistic bath.

Outside this sacred ground are a number of Viharas erected by Nepal and foreign countries. Kapilvastu, Ramagrama, Gotihawa etc. are important historical places that boast of heaps of ancient ruins. As such, the whole of Lumbini was enlisted as a World Heritage Site in 1997. Baudhhanath is one of the largest stupas in the world. According to a legend, it was built by an old woman and her four sons to entomb the remains of Kassapa Buddha. It is, therefore, an important site of pilgrimage for the Tibetan Buddhists.

The Stupa used to be a landmark for the Tibetan traders, a place to rest and offer prayer for the journey ahead. When the Tibetan refugees fled from China, they decided to live around here. Today, it is a popular tourist attraction. It is surrounded by many colorful monasteries that have opened its teachings to foreigners as well.

These were the eight World Cultural Heritages Sites in Nepal. Even if they did not make the list, there are many other naturally and culturally beautiful and important areas that would make for a great sightseeing tour. 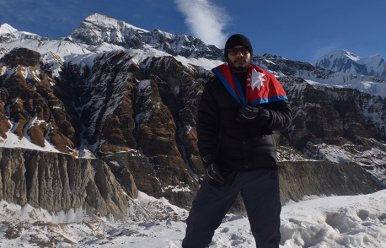 “Trekkers Paradise” is the perfect title for the Annapurna Base Camp trekking route. Diverse landscape and culture of the local ethnic groups are the main attractions of this trek. The magnificent view of the stunning mountain vistas from different viewpoints in the trekking trail, terraced … 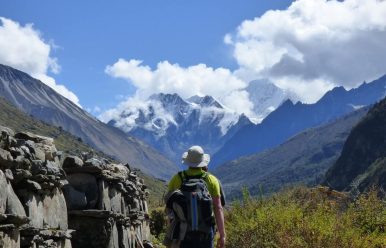 A lot of people hungry for adventure visit Nepal every year for trekking. While there are a handful of them who come to simply experience the serenity of the Himalayas. Regardless of the intention, hiking is an extreme sport that involves quite a lot of … 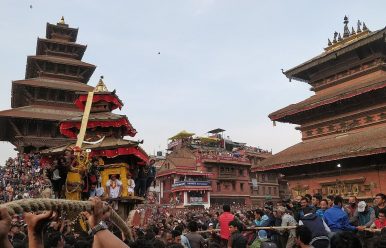 Nepal, a little landlocked country sandwiched between two giant neighbors- China and India, is a country blessed with many wonders. It is like a treasure box, best of things handpicked by the goddess herself and enclosed within its borders. Not only nature, but the manmade …