Himalayas have always been the symbols of majestic beauty, the zenith and the formidable extreme of the world. Spread over the Asian continent through countries like Pakistan, India, Bhutan, Tibet and Nepal, the Himalayas form the Tibetan plateau in the border between Nepal and China.  The greatest mountain range on the continent is known as the home of the highest mountain peaks including the Mount Everest.  When the mountains are famous as the most adventurous trekking and expedition destinations, here are some interesting facts about the Himalayas to add to your fascination towards these magnificent mountains. The origin of the mountains is as interesting as the continent it resides in. The mountain range was formed by the collision of the Indian and Eurasian tectonic plates.  When the Indo-Australian place collided with the Eurasian continent, the continents folded into mountain ranges which gave rise to the highest peak in the world. The name “Mount Everest” was given after the English governor, Sir George Everest who was ruling in India during the first measurement of the mountain. While being one of the most extreme parts of the world, the Himalayas is still home to a number of plants and animals that have been inhabiting the area for centuries.  A number of animals in the area include the yak, snow leopard, red panda and many other exotic animals. The flora of the area is equally important which include Rhododendrons forests, apple, juniper and box myrtles. The Himalayas are home to 25 of the tallest peaks in the world and ever since the highest peak on earth, Mount Everest was conquered by Edmund Hillary and Tenzing Norgay Sherpa, hundreds of mountaineering enthusiasts have flocked to the area to have their names engraved in the history books for scaling the highest points on earth. The climate of the region varies according to the altitude, cold towards the top and wet towards the bases. The area goes through major and sudden climate changes leading to a number of weather patterns and the existence of two seasons- summer and winter. While the winters are extreme with bone chilling temperatures, summers are perfect for trekking holidays.

Even in such harsh climates, a number of ethnic people who are supposed to have migrated from the Tibetan region are still found living here, which includes people of Tibetan, Sherpa, Gurung and other such communities. The Himalayas are the epitome of irony or the Pandora’s Box. On one hand, the Himalayas are the source of some of the purest rivers in the world, including the Ganges, the Indus, the Brahmaputra and the Yangtze River. The plants like Yarsagumba and other herbs found in the region are believed to have the most healing properties and are used as medicines for a number of physical conditions all over the world.

On the other hand, the origin as well as the climate of the region leads to a number of natural disasters like earthquake, landslides and avalanches claiming the lives of a number of mountaineers, flora and fauna in the world.

Which fact about the Himalayas amazed you the most? Share your opinion and experience in the Himalayas . we would love to hear from you. 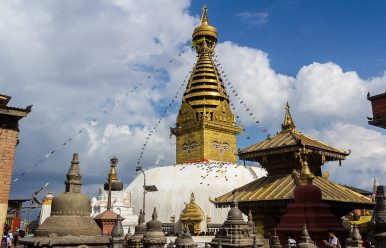 Also known as the land of the Himalayas, Nepal is applauded for her natural beauty all over the world. It is a small landlocked country situated in South Asia. Things to know before going to Nepal are that Nepal has a diverse range of topographical … 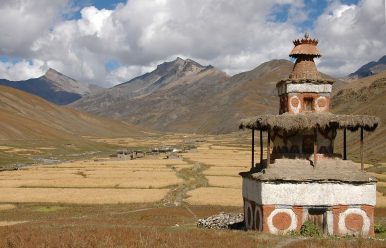 Dolpo is an unexplored wonderland behind the Himalayas of Mid-Western Nepal. This isolated area hides behind the Dhaulagiri range in the Karnali region. It is the remoteness and vast territory that tells why Dolpo still remains unexplored. A few years ago, the place was unknown … 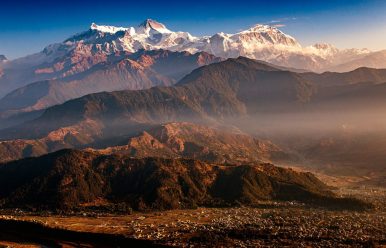 The Nepal Bhutan Tibet Tour combines three mountainous, exotic Asian countries into a single trip. This Himalayan tour includes the best of all 3 regions. You get a journey through the unique art, architecture, local customs and diverse natural beauty of Nepal, Bhutan, and Tibet. …