Home Blog Blog Langtang Village Before and After the Earthquake

Langtang region sits on Nepal’s border with Tibet, a short distance north of Kathmandu. Langtang village lies on this popular trekking region near the base of Mt. Langtang Lirung.

Nepal’s third main trekking region after the Khumbu (Everest) region and the Annapurnas was the Langtang region for many years.

But, the Langtang valley was one of the most affected areas of the 2015 earthquake of Nepal. The whole valley was buried under the lump of stones and mud resulted due to the landslides and avalanche breakdowns.

However, after 4 years of the devastating earthquake, it is on its way to taking back its title and glory of one of the best trekking destinations of Nepal. The locals have rebuilt the village, maintained the trekking trails, restored the teahouses, and made the Langtang village safe for trekking.

The Langtang village starts from an altitude of 1,500m beside the road at Syabru Besi. From here, it disappears up a narrow, forested gorge. After ascending to the Kyanjin Gompa (3,850m), it gradually widens.

There are several villages and teahouse between Syabrubesi and Kyanjin. The largest of these villages was Langtang village (3,400m).

Langtang village lies near the base of Mt. Langtang Lirung. It used to be a thriving community of teahouses. From the village, you get fabulous views of 6,000 to 7,000m snow-capped peaks. The highest mountain you can see here is Langtang Lirung at 7,227m.

Langtang Village Before the Earthquake 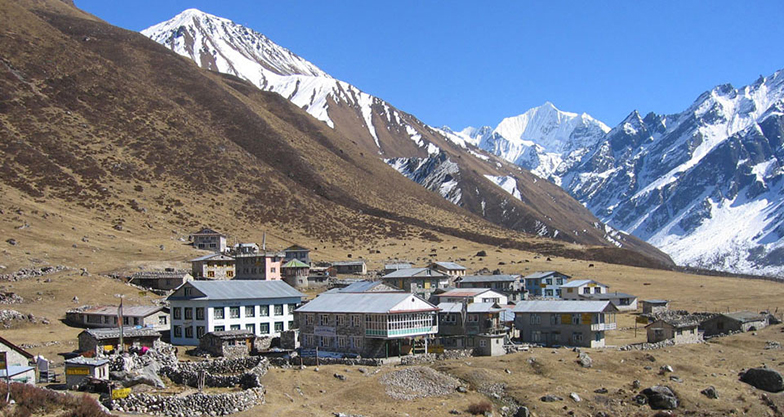 The inhabitants of Langtang Valley migrated here from Tibet around 600 years ago.

Tamang, Sherpa, and the Gurung are the main ethnic group of this region.

The Langtang National Park lies in the area. About 4,500 people live inside the park, and many depend on it for timber and firewood. Several climatic zones from subtropical to alpine fall in this region. This makes it home to a wide variety of flora and fauna.

Approximately 25% of the park is a forest area. A wide variety of trees include the deciduous oak and maple, evergreens like pine. You can also find various types of rhododendron.

The Gosainkunda lakes, sacred to Hindus is also within the National Park.

During the 1970s, the foreign trekkers began to arrive in the region. This brought more opportunities. The locals were no longer only reliant on subsistence agriculture.

Homestays gradually turned into lodges and tea houses. Many tourists found a good place for food and accommodation while on the trek to this region.

By the turn of the century, Langtang National Park had become the third most popular trekking destination in Nepal.

Yala Glacier lies about 5160 m to 5750 m above sea level. It attracted many trekkers and travel enthusiasts.

Langtang Village on the Day of the Earthquake

The day before, people had celebrated Ghawa. It is a Buddhist ceremony celebrated by the locals of the region. All the villagers had flocked together to sing and dance. People from the neighboring villages had come too. They drank, sang and danced in the celebration.

Like every year, the celebration had lasted until midnight. Hence, on the day of April 25, 2015, most people had stayed on their bed longer than the usual. Some villagers were busy with their work.

At 11:56 a.m. that day, a 7.8-magnitude earthquake shook Nepal. In the hilly regions, centuries-old stone houses turned to rubble. At the same time, Langtang Valley was experiencing something even worse.

Some buildings began to cave in after the earthquake. But the situation otherwise seemed to be under control.

Yet, a new sound—quite distinct from the rumbling of the earth—began to make itself heard above the din. Villagers in the field of Langtang faced a huge Avalanche, a billowing cloud rushing towards them.

Langtang village lies beneath the south face of Langtang Lirung. There were a large glacier and a frozen lake sitting in a hanging valley high above the village. The glacier and lake were the sources of the river which ran past the western end of the village.

When the earthquake shook Nepal that morning, a vast landslide fell off Langtang Lirung.

It was as though an entire section of mountainside came off. It brought with it giant boulders, much of the glacier, and the entire frozen lake.

This avalanche brought an estimated 40 million tons of rock and ice. This funneled down the couloir, straight onto the village. It produced a gust of wind so powerful that the air pressure flattened every tree ( for many km) on the opposite side of the valley downstream.

The avalanche would bury the entire Langtang village- a popular stop for thousands of travelers all those years into ruins.

Among the 9,000 death casualty in Nepal earthquake, 243 people died in the small village in the Langtang Valley. This includes 175 villagers. This includes 27 local tourism staff (guides and porters), and 41 foreign trekkers.

There is a memorial mani wall dedicated to the lost ones a short distance from the old village. You can also find plaques listing the names of all 243 victims of the landslide at Langtang village.

While nobody in the main part of Langtang village stood a chance of survival, some people in houses around the edges did. A single house stood partly. You can still see the remains of this house. Only a very few of the villagers were lucky to survive the incident.

There were other landslides all the way down the Langtang Valley. You can still see the evidence.

The survivors and rescuers started rescuing victims from the sight. They recovered many dead bodies yet a hundred others were still missing. Rescuers evacuated villagers by local helicopters to safer villages. The Search and rescue for survivors and dead bodies continued for many days.

After a few days, authorities called-off search and rescue attempts. 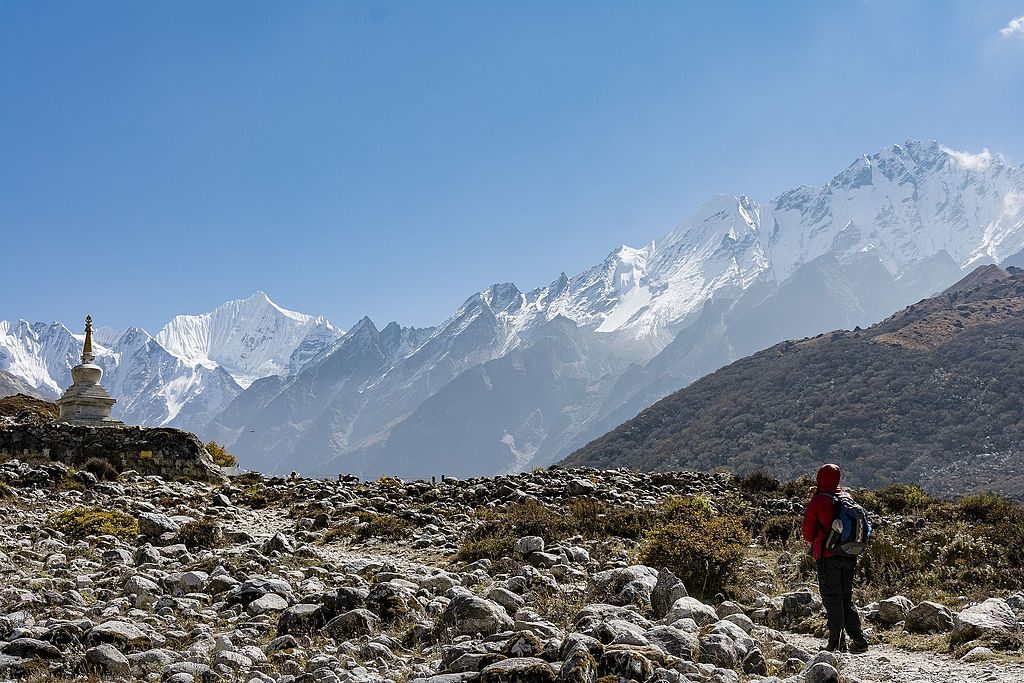 It has been more than 3 years since the tragedy. Different foreign researchers have studied the region and marked the Langtang Region safe. Trekkers have begun trekking to Langtang Valley again.

Villagers have built a new village 100 meters above the ruins of the old one. Many tea houses are also being rebuilt, the trails are as good as it once was.

Although the pain will remain for their lives, locals have begun to smile again. The Sherpas, Tamangs and other communities living there are reconstructing the villages again.

With all these, the locals are still facing difficulty leading their lives. Parts of their cultivable land have stones and boulders all over them. Most of the locals spent their money in rebuilding their homes and other structures. They have lost half their families and most of them had to begin their life from scratch.

To this day, the sight of the devastation is unavoidable. You can see the bowl where the village used to lie covered in rubble. Apart from the house built tight against the cliff, there is not a single shred of evidence that there had ever been a village there.

You can still enjoy the spellbinding view from Kyanjin Ri and Tserko Ri. You can also climb Yala Peak, Langtang Lirung. Beautiful trekking destinations and trails in and around the Langtang village are also open and safe to trek.

The infrastructure exists for teahouse trekking again. Teahouses have been rebuilt, as have the trails. There are regular deliveries of supplies. Even in the new Langtang village, teahouses are open. There is wifi all the way up to Lama Hotel. You also get local phone connectivity as up as Kyanjin.

The local people are enterprising, strong, and resilient. They’ve rebuilt a bustling hub of teahouses in Langtang Village in less than three years. Many of them are larger and more luxurious than before.

For many of the local guides, Langtang Village has a strange feeling after the earthquake.

You can find owners of the tea houses sitting near the trails encouraging trekkers to stay at the village.

What Can You Do to Help Locals of Langtang Valley?

Nepal received heaps of support after the earthquake. Yet, due to poor management of the aids, it hardly reached the victims.

Supporting the locals of Langtang Valley sustain themselves is a way to help them. The best way to do this is to trek to Langtang Village with your friends or family.

The hopeful locals have cleared the trails and rebuilt lodges. They are waiting for the trekkers. They know the area well and have made trails that are ideal for treks and bringing supplies. They have made a living from tourism for a long time.

Hence, giving them the opportunity to welcome you into their beautiful village is beyond a doubt the best thing you can do. Tourism is a much better route to prosperity for the self-reliant locals to make their own living.

Langtang Valley is an ideal and famous trek destination of Nepal. It is one of the shorter and easily accessible treks of Nepal. Langtang village is accessible for all kinds of trekkers and visitors to Nepal.

The Langtang Valley trek is doable by anyone. It offers picturesque landscapes, snow-capped mountains. You also get to witness the unique culture of the locals of the region.

For any further queries or questions related to Langtang village, feel free to contact us. 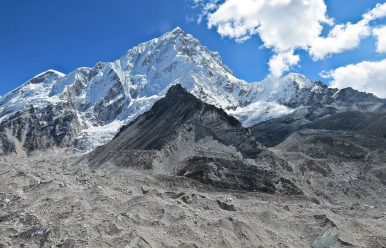 Mount Everest, also known ‘Sagarmatha’ in Nepal is the tallest mountain in the world. Its peak is 8,848 meters (29,029 feet) in height. This measurement is officially recognized by both Nepal Government and the Government of China. Everest Base Camp trekking in Nepal is one … 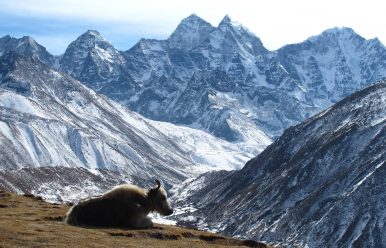 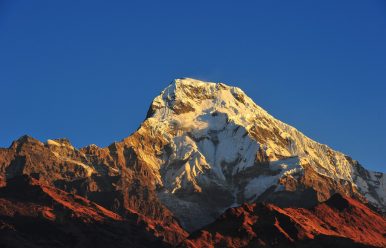 Nepal houses a number of prominent peaks. 8 of 14 Eight Thousanders and several mountains higher than 7000 m lie here. Here we are listing down  the eight tallest peaks of Nepal. Mount Everest Mount Everest is not just the highest peak in Nepal but …