Once a person finds out about Nepal, its natural beauty, diversity and cultural richness, it is impossible for him/her to not be excited about visiting the home of Mount Everest and the birthplace of Lord Buddha. While a number of natural, religious and cultural factors attract a number of tourists every year to the country, (apart from other famous attributes) what retains the interest and excitement of the tourists after they have entered the country are the numerous festivals in Nepal that are celebrated all year round.

With the harmonious cohabitation of diverse people from all religions, cultures and ethnicity within the boundaries of this small nation, festivals are what provide the people their identity, social belonging and a reason to share happiness with fellow Nepalese. Though festivals are particular to each caste/ethnicity, every festival is celebrated all over the country by everyone due to the strong social ties and respect for each other’s culture and lifestyles. Some of the major festivals of Nepal that show this beautiful bond of respect between Nepalese are as follows: With the majority of people being Hindus, Dashain is the major festival of the country celebrated during the month of October. Dashain marks the victory of Good over evil as Goddess Durga killed the evil Mahishasur to free the world from his terror. Temples of Goddess Durga are visited and her many manifestations worshipped on the first 10 days of the festival with animal sacrifices on the eighth and ninth days. Another myth exists about how it is celebrated to mark the victory of Lord Ram over Ravan, who had abducted Goddess Sita.

The first day of the auspicious 15 day long festival is Ghatasthapana when Jamara is sown in a vessel called Kalasha, which is believed to contain the Goddess Durga herself. The seventh day is called “Fulpati” when the royal Kalasha is decorated and worshipped and taken out for a Fulpati parade which is joined in by a number of people. The eighth and ninth days are celebrated by major worshipping and feastings all day long. The tenth day is when Durga is believed to have killed the devil after fighting for 9 days. The day is marked by elders putting “Tika” and Jamara on the forehead of the younger family members with blessings and Dakshina being bestowed generously. Family, kith and kin and friends meet and celebrate by dining on delicacies, playing cards and spending time together. Even for tourists, people lined up in every Durga temple wearing red attires to worship the Goddess and all people in a jolly mood celebrating the festival with each other is a fun, heartwarming experience. The other major festival that follows Dashain in the month of November is Tihar. It is also called the festival of lights for each and every household and shops are decorated and boast of either “Diyo” (oil lamps) or electric lightings to celebrate the festival that worships Goddess Laxmi as the goddess of Wealth.   The festival is unique and important as it also celebrates the important roles of animals in our lives. The first day worships Crows as they are believed to be messengers and also alert us of bad omens so worshipping them is believed to avert all bad occurrences. On the second day Dogs are worshipped for being faithful companions. Cows are worshipped on the third day as a symbol of wealth as well as mother of the earth for feeding humans with their milk. Goddess Laxmi is worshipped on the New moon day to bless us with wealth and prosperity. On the fifth day, brothers are worshipped and treated with delicious food and gifts and they return their love and respect with gift for their sisters. This worship is believed to bless the brothers with good health and longevity.  The Newari New year also begins on the fourth day of Tihar when Mha Puja “worshipping the self” is celebrated by Newars for good health and prosperity. With bright lights and decorations, sweets and delicacies and people in jolly moods, Tihar is one of the most colorful and fun festivals of Nepal. It is another major festival but is mainly celebrated in the Terai region of Nepal. It is celebrated to thank Sun as God Surya, for sustaining life on earth. The Sun, as a symbol of energy, is worshipped for good health, prosperity and power.  The festival is celebrated over 4 days with fasting, sun bathing, worshipping in the rivers and offering Argha to the sun during sunrise and sunset.  Doing so is believed to cure and prevent various diseases like leprosy and maintain good health and longevity. It is the main festival of  Sherpas, Gurung, Rai, Limbu and Magar communities in Nepal that also marks their New Year. There are three different Lhosar that fall on three different times of the year and is celebrated by different communities. People celebrate by wearing cultural clothes, dancing and feasting on their traditional delicacies.

Apart from these major festivals, Shivaratri (worshiping Lord Shiva in Pashupatinath), Ghode Jatra (parades and races in Tudhikhel), Indra Jatra (parading with the chariot of Goddess Kumari), Holi (festival of colors) and many more are celebrated throughout the year in Nepal. With festivals and feasts almost every month and people gathered together to celebrate each other’s happiness and values, witnessing any of the festivals is sure to make you stay and enjoy the many cultures and festivals of Nepal. 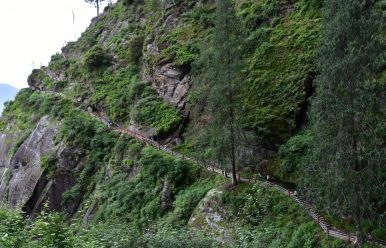 Bhutan is a dream destination for many reasons. It has dramatic scenery, winding mountain passes, snow-capped peaks. You can also enjoy the fluttering of prayer flags during your Bhutan hiking Tours. Along with the vibrant rhododendron forests in Bhutan. It has a colorful culture steeped …

Mustang region at an elevation of 3,840 m retains a rugged and mystical reputation. It lies in the North-West part of Nepal. The whole Mustang region is divided into two parts- Upper Mustang and Lower Mustang. Though connected, the two parts are quite unique from … 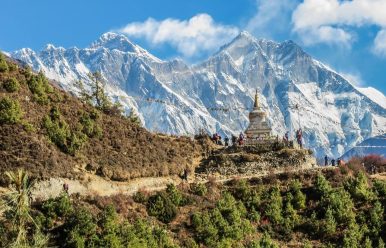