Nepal, an already exotic land locked country of South Asia, has even more exotic places within itself. One of such isolated places is Mustang in the north-central part of the country between Dolpo and Manang.  Mustang means fertile plain from the Tibetan word Mun Tan. The walled city of Mustang was a controller of the trade between the Himalayas and India in the past centuries. The upper mustang region is known as the Last forbidden Kingdom as the region was restricted to tourists even till 1991 when the government of Nepal finally opened all parts of Nepal for tourism. The last forbidden kingdom refers to a land that had been isolated from the rest of the world and its influence even till 1992. So, Mustang is a region where the people still believe and respect their leader Jigme Palbar Bista, even though his status as a king has been removed after the declaration of Nepal as a republic nation in 2008.  The isolation has preserved the culture, lifestyle and heritages of the place in their original state and there is still a chance to experience the authentic lives of the people and understand the perfect mixture of Tibetan-Nepali culture. With a heavy Tibetan influence, the people here are Buddhists with warm hospitality towards the very few who travel to this detached habitation. Mustang lies at an altitude of 4000 m, in the shadow of the Great Himalayas (Annapurna Massif and Dhaulagiri range), thus receiving very less rainfall. With a barren land in such high altitude, Mustang is also known as a mountain desert with eroded sandstone pillars and colorful rock formations of earthen red, yellow and brown colors giving it an untouched exotic desert land feel.  The best time to visit the area is from April to November even though it can be visited all around the year as it receives no to very less rainfall even in the monsoon season. The population of Mustang has been divided among three towns and around 30 settlements with the main dwellers being Thakali, Gurungs, Mustangis and Tibetans. The people live near Kali Gandaki River and due to the arid and cold conditions move towards the southern parts of Nepal during winter. Agriculture is the main occupation here with barley, wheat, peas and potatoes grown by all the members of the family working in the fields. With the increase in number of tourists every year, tourism is also becoming another source of income for the people of Mustang. Traditions like animal husbandry and polygamy are still prevalent but with the increase in tourism, many such old traditions are changing. Trek to Mustang is slowly becoming one of the most favorite trekking options for Nepali and foreign tourists alike. The trek might range from 2 to 3 weeks depending on the trail or the nature of trek. The tour starts from Kathmandu to Pokhara and once you reach Jomson you begin the tour of the restricted area from Kagbeni. From there on, everyday treks of around six hours take you through different terrains ( high peaks, glaciers and alpine forests), climates and views of spell binding sceneries that include the splendid mountains like Dhaulagiri, Annapurna and many others of altitude over 6000m. The tour includes social, cultural experiences as you mingle with the locals in the area with their traditional lifestyles and culture. The Buddhist monasteries, stupas provide a spiritual feel whereas the desert like feel with the caves in the rock formations allow for a completely natural experience. The trek to the secluded region is a great opportunity to have a one of a kind experience in a single trip. 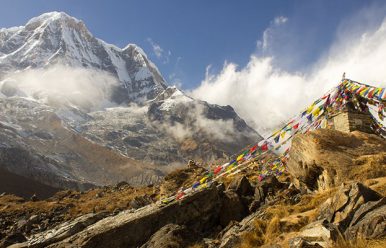 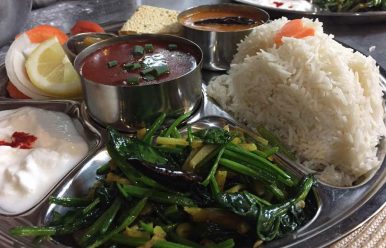 When you’re heading out for a multi-day trek, a solid diet plan is really important. Trekking is the fun and adventure activity. Thus, you need to keep yourself energized all the way. Afterall, it requires significant energy to complete trekking. When it comes to Everest … 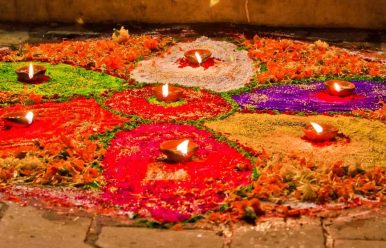 Nepal, one of the smallest countries in the world that is barely visible in the world map is known to the entire world for its rich culture. With a huge population density, Nepal boasts a wide variety of castes, creeds and ethnicities within a very …