Nepal is landlocked country popularly known as the residence of the mighty Everest. A country occupying a very small portion of the globe, Nepal has an extremely diverse range of landscapes within this small area.

Thousands of tourists from all over the world visit Nepal every year. Nepal is famous among the trekkers and the adventurers. The Himalayan Ranges makes up the entire northern region of the country making it an ideal destination for trekking. There are innumerable trekking routes each awarded with their own unique essence. The unique topographical structure and the preserved natural resources facilitates the best experience of extreme sports.

A country that has more number of gods than the total population itself, Nepal is a site of religious attraction especially among the Buddhist and the Hindus. The capital city itself is a museum of ancient archeological sites that will expose you to the lifestyle, beliefs and culture of the former monarchs.

There is so much to do in this country and if this happens to be your first time in Nepal, you are probably having a hard time coming to a decision. Listed below are some of the most popular places you can visit in Nepal to get the best taste of it-

Kathmandu is a vibrant city, situated in Kathmandu Valley, which happens to be a popular tourist hub. Being the capital city of Nepal, Kathmandu is the most developed place in the country.

The busy city is surrounded with green hills clearly visible from all four corners. There are several hotels, resorts and restaurants serving delicious cuisines. And if you are tight on your budget, you can spend a night in Kathmandu for about 12$ including the cost of a decent guest house and three meals in local restaurants.

Thamel, known as the area for tourist, has many stores selling local handicraft and other products you can shop for.

Kathmandu also has many religious and historical sites you can pay a visit to. The famous Narayanhiti Palace which was the residence of the former king of Nepal is now a museum open for everyone to visit. The area around the place has several stores you can shop in.

Swoymbunath temple, Boudhanath temple, Basantapur Darbar Square are most famous sites listed under the UNESCO World Heritage Site. These have a blend of cultural and religious aspects allowing you to explore the influence behind the ancient traditions of Nepal that are still practiced by most of the communities even now.

Bhaktapur, another city located in the Kathmandu Valley, is renowned for its ancient and classical architectural structure built by the Mallas (Monarchs). Known as the city of “Living Heritage”, Bhaktapur is like a showroom of Nepal art, culture and the indigenous lifestyle.

Most of the monuments of the city are centuries old. The Bhaktapur Darbar Square, the residence of the royal family before it was sifted to Kathmandu, is a remarkable site dictating stories of the foundations of the cultural practices of Nepal. It is listed under the UNESCO World Heritage site. The area weaves palaces, temples, and monasteries admired for their astounding woodcrafts. Every element of the place holds a religious belief attached to it. Some of these monuments includes the Nyataponla Temple, Bhairavnath Temple, Taleju Temple, 55-Window Palace, Golden Gate, Golden Faucet, Big Bell, Yaksheswor Mahadev Temple, Dattatreya Temple, Peacock Window, Taja Math, Pujari Math, Wakupati Narayan Temple, Nava Durga Temple, Chandeswori Temple, Barahi Temple, and many more.

Apart from these, the view of the Himalayas levitating along the horizon that encircles the city is one worth the experience.

Considered to be one of the most beautiful city in Nepal, Pokhara see many visitors, from abroad and within the country. Situated 200km west from Kathmandu (Capital of Nepal), the city is a place full of adventure. It happens to be the gateway of several trekking routes of Nepal.

The city is also known as the “city of Lakes”, Fewa Lake being the most popular one. The one hour romantic boating across the serene lake takes you closer to a magical place of green hill with a backdrop of Mt. Machhapuchhere.
The city is a place full of adventure. It is renowned for the best kind paragliding experience. Pokhara also has one of the longest zip line in the world. (htt18) There are destinations for rafting, canoeing, rock climbing, hiking, bike riding, exploring of caves and other such extreme sports for adventure seekers.

If you happen to be one of those people who love watching sunrise and sunset, you have to visit the Sarangkot hill, situated in the outskirts of the city. The view of the sun rays stretching across the skyline decorated with white peaks of the Annapurna Range is a breath taking view.

You can even visit Pokhara for a relaxation trip by booking yourself a luxury resort by the Lake. There are many restaurants, cafes, and bars for you to spend a relaxing evening with your loved ones or your favorite book. The beautiful city will have you falling in love with nature all over again.

Considered to be the most sacred land among the Buddhist, Lumbini is the birthplace of Lord Buddha. Many followers and non-followers of Buddhism visit this pilgrim site for its beauty and an aura of grace.

Lumbini is also listed under the UNESCO world heritage sites. The place is being well preserved and maintained. Monuments, pagodas and monasteries that are thousands of years old still stand strong with pride. The major attractions of the place are the Mayadevi temple, the Ashokan pillar, abd the Sakyan Tank.

The Mayadevi Temple has a stone relief with inscription from life of Lord Buddha on it. To the south of this temple lies the sacred pool of “Puskarani”. This is belleieved to be the pol in which infant Lord Buddha has his first bath.

Chitwan is for those who love wildlife and nature. And if you happen to be travelling with children, this is the best place you can take them to for some interesting adventurous childhood memories.

Stituated in the southern plains of the Terai region, Chitwan is known for Chitwan National Park. The national park permits jungle safari by driving on a jeep, by walking or by riding an elephant which happens to be the most preferred option among the three.

Covering an area of about 3500 km, the Park is recognized as a World Heritage site. It is rich diverse and rich in its composition of plants, birds and wild animals; a total of 68 species of mammals, 544 species of birds, 56 species of herpetofauna and 126 species of fish have been recorded in the park.

The area protects some of the rarest species the most popular ones being the Bengal tiger and the one horned rhinoceros. There are several resorts and hotels you can spend your night it. Chitwan is all about the wild and the nature.

To have the most amazing experience of Nepal on your first visit, the places mentioned above are some of the most popular places to visit. There are many other such places for you to choose from, most of which are located far from the city admits forests and Himalayas. And if you are an adventure-savvy person, you must trek to one of such places in Nepal. The experience of the Himalayas, the priceless treasures of Nepal, is that of a lifetime. 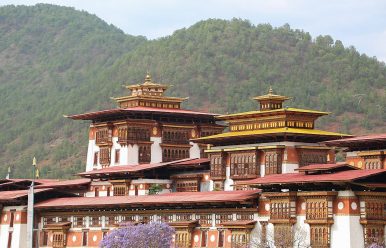 For most purposes, Spring and Autumn are the best time for Bhutan tour. Yet, summer and winter have its own advantages and attractions. A visit to Bhutan is possible throughout the year. Each month and season has its own beauty and appeal. And depending on … 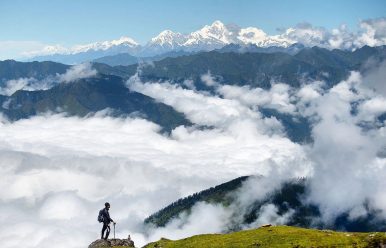 Trekking in Nepal is possible all around the year around because of its unique geography, landscape, and climate. The peak season for trekking in Himalayas of Nepal falls in the spring season and autumn season. In Nepal, monsoon starts around mid-June and peaks in July … 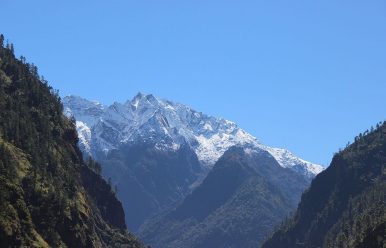