A season of bright orange days for icy fresh lemonades, ice-crème, and colorful dresses, summer has its own way of casting every single creature under a gleeful spell. But the depressing part about the season is the intense heat that can sometimes be really physically devitalizing.

Nepal, however, happens to be one of the finest places to visit during summer. Its geographical position makes summer pleasant and warm allowing you to enjoy every bit of the natural beauty conjured only by the season.

The five places of Nepal to visit in summer are-

Mustang is a popular destination situated close to Nepal and Tibet border. Seeing very little rainfall, the land is characterize by a deserted vegetation that mostly makes up the upper part of Mustang. The lower section, however, has less dense but beautiful greenery composed of tropical alpine and rhododendron forests.

Like two sides of the same coin, each side with two different faces, Mustang has beauty in both its section that can awestruck you. The icing on the cake is the deepest Kali Gandaki Gorger that reside in Mustang. Such unique geographical structure makes Mustang an excellent spot for adventure sports.

This region was recently opened for foreign visitors, can sees few but enthusiastic trekkers, rock climbers and bikers. The region is a phenomenal viewpoint of the white and glistening Himalayan Ranges. The Jomsom valley, one of the most visited places in upper Mustang, is situated amidst the mountain peaks offering you the ultimate experience of nature.

Another source of major attraction of Mustang is the Muktinath temple. It is one of the most sacred places for the Hindus and the Buddhist. The most suitable time of the year being summer to visit the place for any other season makes this place risky to travel.

One of the most remote areas of Nepal, Dolpo is a remarkable place with pristine mountain views, rich and diverse flora and fauna and a home to some of the most exquisite wildlife inhabitants. This place does not see many visitors and hence the place is less trodden giving you the ultimate experience of nature in its purest form.

It is situated in the Phoksundo National Park of mid-western Nepal.  Recently, Dolpo is growing in popularity amongst the trekker for the mountain views in has to offers. Visiting Dolpo will expose you to certain kind of culture and lifestyle, defined by its richness and yet so simple; nothing like you have seen before. The local inhabitants are very friendly.

This arcane land with major parts still left to be explored gives you the summer experience of a lifetime.

What other reason than the fact that the valley has eight among the ten historical sites listed under UNESCO world heritage site could be more tempting to visit the place!

A popular tourist hub, Kathmandu Valley comprises of 3 cities one of which being the capital city of Nepal. Bhaktapur and Patan, the two other cities of the valley, are areas of historical archeological sites that are the reminiscence of the culture and lifestyle of the former Monarch.

Apart from historical and cultural sites, the valley has several religious sites- Pashupatinath Temple, Swoyumbunath Temple, and Boudhanath Temple being the most popular ones. Every year, thousands of Hindu and Buddhist tourists from all over the world travel to Nepal to visit these sites.

The valley also happens to be the most developed part of the country. There are several malls, shopping streets, restaurants, cafes, pubs and other such recreational sites built for you to probably sip a morning coffee or an evening beer while enjoying the view of the hills that surrounds that entire city or the setting sun.

Also known as the “city of lakes”, Pokhara is paradise on earth. It will take you about 6hrs drive from Kathmandu to reach Pokhara. It is also the gateway of several trekking routes.

Pokhara is considered to be one of the most beautiful city of Nepal characterized by beautiful lakes, green hills, unique infrastructures and the magnificent view of Mt. Machhapuchare and the Annapurna Range seen from here.

Pokhara is considered to be one of the best commercial places in the world for paragliding. Other major sources of attractions are zip-linning, white water rafting, canoeing and skydiving.

People go to Pokhara on a family trip or with friends for some wild experiences. It has several family restaurants and hotels and well as bars, pubs and clubs. A must-to-try activity of the city is boating in the Fewa Lake. The experience is a scenic one through green hills and glorious mountain views. You can even boat to Tal Barahi temple built on a small island of the lake.

The lakeside also has several other recreational places for you to sit and enjoy the beautiful scenery over small talks with your loved ones. The city also has few waterfall sites, caves, hills on the outskirts to climb, and Buddhist monasteries. There is just so much to do in the city making it quite impossible to list everything down.

Located not too far from the city and yet well shielded from modernization, Nagarkot is abundance in natural scenery that will blow your mind. The place is a perfect viewpoint of the mountains stretching from Annapurna in the west to the glorious Mt. Everest in the east.

Since Nagarkot is a hill station, the weather is always pleasant. Many people from the city visit Nagarkot especially during prime summer to escape the heat. You will get one of the best view of the sunrise and sunset from the hill.

Most people also chose to walk to Nagarkot to enjoy the scenic route filled with nature’s enchantments- pretty villages, rice fields, green hills, and of course the sunrise and sunset. Apart from Mt. Everest, you will also get a glimpse of other peaks including Annapurna range.

You can also ride to Nagarkot on a mountain bike. Nagarkot has several resorts and hotels for you to select from. You will find extremely luxurious and expensive ones as well as highly economical but with a certain level of compromisation in the quality of service.

There is no reason why you should reconsider visiting Nepal during summers. Summers are pleasant and warm. You can even trek to some of the areas that see very little or no rainfall during summers. Or you can simple visit Nepal to escape the heat and the busy modern life and experience a part of the ecosystem that has been well preserved so far. 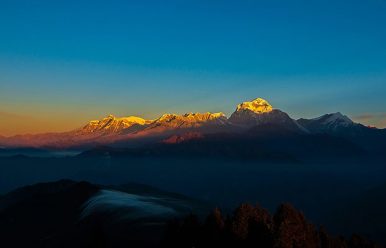 Ghorepani Poonhill Trek is the perfect introduction to trekking in Nepal. It is a short and relatively easy trek in the magnificent Annapurna region. You can plan you own itinerary for Poon Hill trek and enjoy to the fullest. The Ghorepani Poon hill trek can … 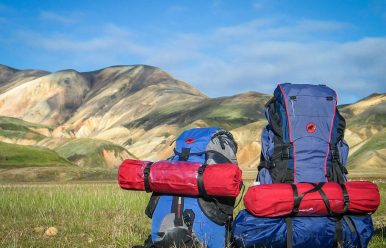 All over the world, women have been continuously breaking boundaries in every aspect of life. One of such adventures that have seen strong and pioneer women going shoulder-to-shoulder with their male counterparts is trekking and mountain climbing. As Junko Tabei summitted the highest peak, Mount … 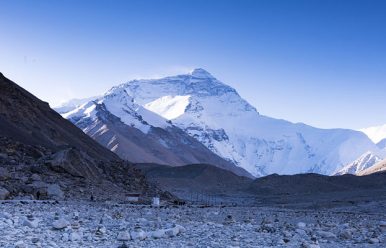 The Everest Base Camp Trek is in a region that is synonymous to high altitude. It is one of the highest trekking routes in the world. It starts at 2600 m at Lukla airport reaching a high point of over 5500 m at Kala Patthar. …