Trekking in Nepal has been offered to tourists from all over the world since the1990s but there are still a number of wonderful places of the beautiful nation that aren’t completely open for tourists. Foreign tourists either need to obtain a permit or be accompanied by a guide or a liaison for the duration of the visit to these areas. Different areas are termed restricted for different reasons such as unavailability of security and other facilities, nature conservation, political instability, etc.  Usually the trekking company you are associated with manages all the requirements for the trek from the equipments, guides, porters to the permits and other formalities that need to be fulfilled for restricted trekking. It is best to start the process of obtaining permits well before you arrive as there is no guarantee for their issue on time. There are certain requirements such as limits to the number of people visiting a certain place or only a certain quota of foreigners to be allowed in a certain year which are fluctuating all the time. It is advised to make sure of all the information and to go ahead with an established, trustworthy trekking agency.

The population as well as the resources of such areas is untouched by the modernity of the rest of the country and have numerous possibilities for different types of tourism. Some of the famous restricted area trekking are: One of the most famous tourist destinations is the Upper Mustang region, which was only opened to the tourists in 1992. Upper Mustang is known as the forbidden kingdom for its hidden regions and the visits to the region being highly regulated by the officials. The highlights of the region are its barren lands with mule transportation, huge mountain caves, primitive culture and the chance to meet the last monarch of the nation. The trek requires a permit worth $500 for 10 days and each additional day would cost $50. Manaslu is one of the best mountain trekking options that is opted in place of Annapurna region trekking. However, the popularity of the region is lessened by its lack of tea houses and strict government regulations that also reduces the number of visitors to the region.  Located in the Gorkha district, the 20 day long trek is usually completed in a circuit and is famous for its exotic flora and fauna, ethnic people and their cultures along with the various monasteries that make the trek a rich, cultural and natural experience.

The restrictions include a minimum of 2 trekkers for the trek, $10 per day per person and additional entry fees. The upper Dolpo trek is 24 days long and reaches to a maximum elevation of 5370m and includes one of the largest lakes of Nepal, Rara Lake. The high altitude region due to its nearness to the Chinese border, mainly comprises of Tibetan inhabitants with their ethnic culture, lifestyle and Buddhist monasteries and art. The various exotic fauna of the region like the Musk deer, Snow leopard, blue Sheep etc are also attractions of the region that can be witnessed inside the Shey Phoksundo national park. The fee for the lower Dolpo region is $10 per week and that for upper Dolpo region is $500 per person per week. 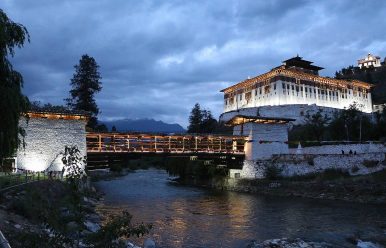 Touring Bhutan in May is a great decision. Although the tiny Himalayan Kingdom, a tour in Bhutan can be a life-changing experience. Bhutan does everything in a unique and awesome way. It is the only country that measures its success in units of happiness. You … 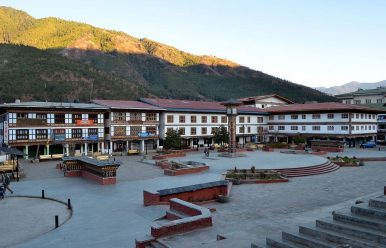 It is possible and enjoyable to have a 4 Nights, 5 Days Bhutan Tour for a short yet amazing adventure in Bhutan. You get a glimpse into the rich culture and tradition of Bhutanese people in this short and memorable trip. If you wish, you … 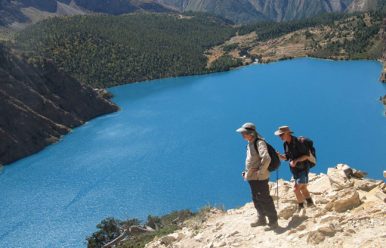 You like to visit many places from one place to another place. This is called traveling. Many people are fond of traveling to new places. We travel to various reasons. Most of us travel for pleasure and some of us for change of the air. …