Home Blog Blog Things to do in Nepal in December

As the night grows older, every bar and lounge in the city can turn into a club. From stylish rooftops to bustling street scenes, Nepal has it all. And there isn’t a better way to experience the dynamic beauty than sipping a cocktail with spicy foods in chilly December with mountains surrounding you.

In December, Nepal can have nose-numbing, cheek-freezing cold in the north, whereas it’s bone-chilling air and chilly dew across the central part of the country. The southern part of Nepal, however, will be milder.

December is one of the best months to visit Chitwan National Park in southern plains. All to yourself, especially if you’re waiting to have the incredible natural treasures.

However, Pokhara’s paragliding will be in full swing, and Nepal’s some ski resorts will be pre-booked for December.

From the tallest mountain in the world to the deepest gorge, there are many things to do in Nepal in December, and it does not lack anything pristine nation can’t offer!

Travel back to the 12th Century in Patan

Step out of the hotel at Thamel and catch a taxi 20 minutes, you will get off on a street that transforms into a palace resembling the 12th century.

Patan is a small town, but it is one of the few places in Kathmandu Valley, proudly displaying art and culture from far history. The crowd, Nepalese and foreigners alike roam around all day and night in a quest for trying all the traditional delicacies the community offers.

Most of the monuments, temples, monasteries, and palaces were built in the 14th to 18th century; and some are even more than 2,000 years old. So grab a camera and capture the ancient world right today. Watch out for ‘No photographs’ sign in some of the monuments.

Meditate in front of Buddha

Just think about Hindu gods and ancient sages who traveled all over and finally ended up in Nepal to find or feel inner peace and positive energy. Nepal has been a site for thousands of years for anyone interested in meditation. The peaceful temples and monasteries offer a tranquil spot to engage in deep meditation. The monasteries are often painted with ‘Wisdom Eyes,’ which symbolizes the eyes of Gautam Buddha, the founder of Buddhism.

Vipassana, a popular form of meditation in Nepal, is the ‘art of living’ that relieves an individual from negativities of mind, including anger, greed, and unawareness. It is a practice, which helps develop positive and creative energy for the betterment of the individual and society. So if self-purification by meditation is in your bucket list, prepare to mark it ‘done’.

Hang out in Thamel

With a rejuvenating nightlife scene, a hip, and young vibe, no place in Kathmandu is setting records of a trend at the same pace as Thamel. Bars and restaurants are centered around the area. The eateries also serve international cuisine, perfect cocktails, local craft beers, and collaborative spaces for community and cultural events.

Thamel has a vibrancy and energy that never sleeps, and the pulse of the city becomes visceral at ‘Durbar Square’. It’s a little seedy, but very fun – especially during December, with its renowned New Year’s Eve celebration. The main thoroughfare, meant as ‘Freak Street’, backs itself to history. It was once a capital of weed and fine hashish, and the last stop of Hippy trail. The traditional houses, antique museums, and beautiful statues offer ultimate selfie backdrops and the trendy vibe.

Watch a Documentary at KIMFF

Kathmandu International Mountain Film Festival, also known as KIMFF, is organized every year in December by Himal Association in Kathmandu. The festival showcases documentaries and short films on extreme sports, adventure, religion or distinct cultural practices. The broad, subtle, and intricate relationship that human beings share with mountains is the motto of the fest.

KIMFF seeks to explore the conviction that the human’s experience in the world’s highlands, especially in the developing countries is worth documenting and sharing.

So grab a ticket for the show, and dive into a deeper understanding of the social and cultural realities of the region.

There’s nothing quite like standing on the edge of a sheer drop with your feet attached to a bungee cord to get the heart pumping.

Bungee jumping is one of the world’s most popular adrenaline sports, with options to leap from everything from bridges to cranes. While New Zealand is the birthplace of the sport, and China has the world’s highest bungee from a building (the Macau Tower at 233m), you don’t have to travel to any other part of the world to get your fix.

Roughly 75 kilometers east of the capital city of Kathmandu, The Last Resort provides bungee jumping over the Bhotekoshi River.

Ready to pick up some serious bragging rights? Welcome to Nepal’s highest bungee jump. It’s also the place for Bond fans, imagine a bridge over a 160-meter tropical gorge with the world’s wildest river raging below, and JUMP! It will likely leave you feeling shaken, not stirred!

If your idea of the perfect holiday involves tranquil hills, stunning sunsets, and a holiday experience that is unadulterated in the most real sense of the term, Nagarkot is the place you need to head. Nestled amidst the foothills of the Himalayan ranges, Nagarkot is also home to various species of butterfly.

Nagarkot has a cool and pleasant climate throughout the year. The pristine natural beauty of Nagarkot shines better in December as the skies are clear. So it is a trendy choice of holiday for honeymooners and travelers alike.

If you want to enjoy the beautiful sight of the sun juxtaposed with the snow-capped peaks of the Himalayas, Nagarkot is the place for you to be. Also, don’t forget to try traditional Nepalese cuisine along with rice beer in a resort.

From museums to temples, from quaint little hamlets to bustling streets, sunrise to sunset, Nagarkot is the epitome of every bit of paradise on earth!

‘X-Mas’ is celebrated in Nepal in its way. Nepalese Christians go to the Churches and exchange gifts and feasts with their friends. Christmas is celebrated on December 25 every year, just like in other countries.

The festival has been recognized as a national festival since 2007, and even non-Christians celebrate it with a new zeal.

The best place to celebrate Christmas eve in Nepal, in terms of a party atmosphere, is Pokhara’s Lakeside. Every year, Pokhara hosts an outdoor festival of sorts for a few days before the New Year. It usually consists of outdoor cafes opening, serving barbeque and other restaurant-style meals.

Get alert from very crowds along Lakeside having high alcohol consumption. Come midnight, and little fanfare is there other than a public countdown. Sometimes, private fireworks last about 30 seconds! Aside from bars and clubs, people quickly disperse after midnight.

Traditionally, Nepal does not celebrate the Gregorian (western) New Year. However, it does recognize it as a celebration of tourists. January 1 is usually a public holiday.

Do you call yourself aggressive, fist-pumping birders?

If you’re one of those frat guys with binoculars seeking a sight of Siberian ‘Bar-headed goose’, welcome to Nepal!

Unlike other subtropical countries, Nepal has longer days in summer, catering to the birds up to 14 hours a day to forage for food, a luxury they don’t have in their native countries. Of the birds that migrate to Nepal, are various species of cuckoos, such as pied cuckoos, Eurasian cuckoos, and oriental cuckoos.

Also, there are several spots internationally famous for birdwatching in Nepal. Taudaha in Kathmandu, cover in Kathmandu Valley, Jagdishpur reservoir in Kapilvastu, Ghodaghodi lake in Kailali, Koshi Tappu Wildlife reserve, Karnali, Narayani and Koshi river area among others will be full of migratory birds.

Nepal homes various places of religious, cultural, and historical importance to visit across the year. So, raise your excitement, get ready for remarkable photos, and endless information and hop on a plane to Nepal. You will thank us later! 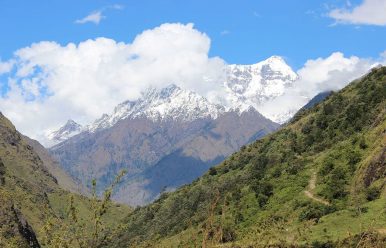 Mt Manaslu is situated on the borders of Nepal and Tibet. Manaslu Trek is one of the most challenging and well-known trails in Nepal. It provides an amazing view of some of the highest mountain peaks in the world. The trekking route of Manaslu offers … 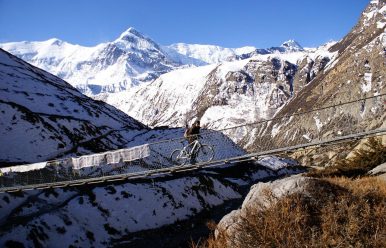 Mountain Biking in Nepal is a prospect that is yet to be fully realized. Nepal is a treasure of the world but it is not a gem that can be unveiled at once. The diverse terrain and numerous untouched trails mean that it can take days, months … 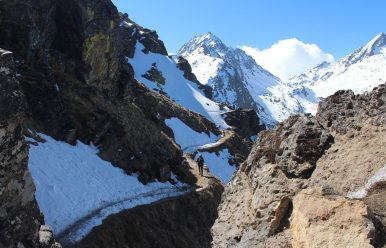 With wide and diverse options in trek destinations and routes, Nepal is ideal for any duration of treks. You don’t have to stick to high altitude treks for a long duration in the Himalayas of Nepal. You can get to enjoy a diverse trek depending …