Traveling for me is like books for the readers. Every day is an exposure to a new character or a story. Every chapter serves a new surprise. You never know what to expect from the journey.

Perhaps with the similar expectation for surprises, Nepal sees thousands of adventure seekers from all over the world, every year. Most of them are for trekking in Nepal.

Time and again, I too travel around to find the happiness that is locked in the nature’s paradise.

I tagged along with a group of ten people to trek in the Annapurna region. Annapurna Region is considered to be one of the best trekking destination by many. Personally, this trek is by far the best experience I have ever had.

The journey began by a pleasant drive through scenic beauty from Kathmandu. The road was accompanied by The Trisuli River, green hills and beautifully scattered settlements. After 4 hours of drive, we arrived at Dhumri. Two hours of driving ahead of Dhumri lead us to Besi-Sahara.

Ghale Gaun, our final destination for the day, was still two hours of drive from Besi-Sahara. After about 90 minutes of drive, we got caught in a roadblock. The pickup truck of Gurung filmmakers had broken down and was on the process of being fixed. It took about 2 hours before the road was clear for travelling.

This does sound like a tragic incident. But as mentioned earlier, you never know what to expect from the journey. Our surprise came in the form of a dance crew who were also the victims of the blocked road. They entertained us by dancing and singing in styles and languages we had never seen or heard before. The roadblock was probably the best thing that had happened to us that day.

After two hours of entertained wait, we headed towards Ghale Gaun. Ghale Gaun in the ancestral home of the Gurung. The village exposed us to the rich and diverse Gurung culture. The people of this village were even friendlier than we had heard of. They were warm and welcoming.

It was already late in the evening until we found ourselves a home stay to spend the night in. The parents of the home stay were very friendly. After a delicious dinner of rice, lentils and a special curry made out of dry goat meat, we called off the night. The next morning, Ghale Gaun welcomed us with a beautiful view of mountain ranges that surround her.

Right after breakfast, we started trekking towards Bhurjang. The plan was to have lunch at Bhurjang and head towards Paragoan.

Other than the few spots that were wrecked by former landslides, most of the trail was quite comfortable. The paths were engraved with stones for the convenience of the travelers. The resting spots were built in places that were the perfect viewpoint of the nature’s beauty. After walking for about 5km, we arrived at Bhurjang.

We headed towards Pargoan after having lunch at Bhurjang. Pargoan and Bhurjang are two hills separated by a river. The route to be taken initially descends the Bhurjang hill. After a disappointingly short and comfortable walk over the cannon separating the two hills, the route ruthlessly ascends up the Paragoan hill.

We would walk about 100kms around the city premises on weekends to train our body for the trek. This route put all our efforts in vain.  The brutally descending route created extreme stress on the knees of most of my friends. Once we arrived at the gorge, the beauty of the surrounding was strong enough to make us forget about the stress on our knees. With the end of the walk across heaven, came the beginning of another hellish route climbing up Paragoan.

By the time we reached Paragoan, we were extremely tried and hungry. We found ourselves a home stay that was run by 60 year old parents. They were warm hearted and welcoming. We reminded them of their children who are all settled in Britain, it seems. After a delicious dinner, we all went to bed. Most of my friends complained about the intense pain in their knees.

After having breakfast, we left for Bagainchan at 9 am. Most of the route was again downhill making the journey even more uncomfortable and stressful on the knees. We reached Bagainchan at 3 in the afternoon.

We bought Kodo – a local alcohol made out of millet and drank by the river bed. We shared our travel experiences. Gradually, as time elapsed, it was the alcohol that began talking. By simply sitting under the evening sky, we were creating a beautiful connection with one another. The villagers set up a born fire late in the evening. We joined along with the villagers by the fire and sang Nepali songs with them. They also danced flawlessly in Gurung style.

It was a night to remember.

The next day, we headed towards Pakhurikot. It was an easy and short walk. We had heard about spectacular sunset seen from one of the hill of Pakhurikot. So we went to the hill to see the view. What we saw was breathtaking.

At one end of the sky we saw the sun setting and on the other end the moon was rising. The sky was elaborately decorated with millions of stars. It was magical to feel like we were in different hours of the day at the day at the same time.

We spiced that evening by drinking Kodo and crashing a local dance party. In the wedding reception of this culture, people organize a dance party where in a dance crew will entertain a crowd. The spectators donate utilities to the newlywed couple. From an audience, we became the dance crew of a wedding reception we had crashed. We danced to city songs and flaunted the city moves. We were already the dancing celebrities of the village.

The next day, we bided our final farewell to the warm-hearted people of Annapurna Conservation Area Project and took a bus to Kathmandu.

On my way back, a realization struck me. The journey was less an external trip to a place and more of the inner tranquility I found within.

On my way back, a realization struck me. The journey was less an external trip to a place and more of the inner tranquility I found within. 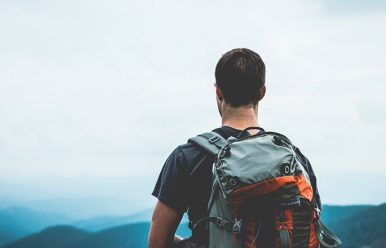 Trekking in a group can be an exciting adventure. But, trekking alone can also be a completely different yet unique experience. And what best way than to go solo trekking in Nepal. Nepal is a country blessed with vast natural beauty. There are no words … 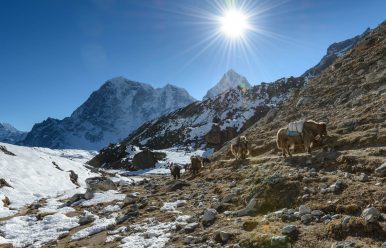 November is the last month of autumn in Nepal. It is still the peak trekking season in Nepal, including the Everest Region. The Everest Base Camp trek in November has favorable weather and crystal clear views during this time. Hence, you will see a large … 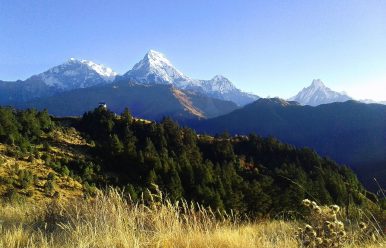 Nepal has one of the widest variety of treks in the world. Loved by trekkers from around the world, Nepal offers short, medium, and long duration treks. The short treks in Nepal are treks that involve less than 10 days of the actual trek on …