Nepal is one of the most popular trekking destinations in the world. It is surrounded by several of the world’s highest mountain peaks including Mt. Everest, Mt. Annapurna, Mt. Dhaulagiri, Mt. Kanchenjunga and Mt. Makalu.

Nepal is the only destination that provides a variety of options where people can easily trek from 3 days up to 3 months. If you are making plan for trekking in Nepal in June month, you will get multiple options. Basically, there are two modes of trekking in Nepal i.e. Tea House Trekking and Camping Trekking. In Nepal, tea house trekking is the most popular mode of trekking whereas Camping Trekking is also another good option.

In Camping Trekking, trekkers usually carry all the required items during the whole trekking period. Trekkers sleep in their tents and the trekking organizers arrange their meals.

Whereas Tea House Trekking refers to a trek where the trekkers eat and sleep at tea houses. The majority of the popular trekking trails in Nepal like Everest, Annapurna and Langtang offer tea houses within the budget with clean accommodation and good food.

In Nepal, you can trek throughout the year. The most popular trekking seasons are Spring (February to May) and Fall (September to November). Plus, trekking is also quite popular during monsoon, in the rain shadow area i.e. Upper Manang and Dolpo.

Weather of June in Nepal

The climate in Nepal varies according to its seasons. Typically, there are four seasons- Spring, Summer, Autumn, and Winter. The climate varies from subtropical in the Terai region to Alpine climate in the Himalayan region.

June is the season of monsoon. The weather is mostly hot and wet. It rains almost every day with occasional thunderstorms.

In June, monsoon blows from southeast direction and brings rain to the country. The regional distribution of the rainfall varies from one to another area depending on the sea level and local topographic features.

Therefore, trekking in Nepal during June is generally difficult because of irregular weather conditions. The trekking routes become muddy and the mountains are hidden behind clouds. However, rain usually occurs at night, leaving the sky clear by morning and the view of the Himalayas better.

Hence, you can visit Nepal during any season of the year depending on the location you want to visit. As each season has its own distinct features, it will be a treat for all the visitors.

Best Destinations for Trekking in Nepal in June

During June, you may not have the best view of the mountains. However, those regions which lie in the rain shadow area are suitable for trekking in monsoon as well.

Trekking in this month provides you with a great opportunity to explore the geography, climate as well as cultural diversity of Nepal. The best part of trekking in June is that it rains mostly during the night and the skies are usually clear by next morning. So, you will get an excellent view of the sunrise from different viewpoints across the trails.

Basically, Spring and Autumn are considered as the best time for trekking. However, many travellers are enjoying monsoon trekking for slightly different reasons: agricultural activities, lush vegetation, and a cooler climate.

Due to the topography of Nepal, Trekking in Upper Himalayan region is generally not affected by the monsoon season. Hence, there are a number of trekking options suitable for this month as well. Some of the popular trekking destinations are mentioned below:

Annapurna Circuit Trek is one of the most popular trekking trails in Nepal. It is relatively easy to get by road or air via Pokhara. The trekking trails are well marked as well.

The upper section of the Annapurna Circuit Trek lies in the rain shadow area, which makes it a suitable trail for trekking in the monsoon. Due to the off-season, the trail routes are also less crowded.

Since Mustang district lies at a high altitude, the temperature will be cooler. Upper Mustang is one of the restricted trekking destinations in Nepal. It requires a special trekking permit and a government registered license holder trekking guide.

During monsoon, the water level of rivers also decreases in this region. You can explore past different hidden caves, red-walled monasteries, and Buddhist villages.

This trek is possible in the monsoon season. However, the road access in the mountains to and from Besisahar could be blocked by mud and landslides.

You might experience rainfall for a few days during the trek, but once you move up towards a higher elevation, the weather will continue to improve.

This trek route is one of the busiest trek routes in Nepal. But, during the month of June, there will be fewer trekkers in the zone. Thus, you will get an opportunity to explore the spectacular view of mountain ranges without many crowds.

Dolpo region was closed to foreigners until 1989. The major attraction of Dolpo circuit trek for nature lovers is the Phoksundo Lake (145m).

Phoksundo is the deepest lake in Nepal which lies in the high altitude landscape of Dolpa. You can explore this beautiful lake and its surrounding area. Traditional worship also takes place here.

Trekking tips for the June Month

The main difficulties that trekkers experience during the trekking period in monsoon are:

Regardless of these difficulties, many travellers prefer to trek during monsoon for the greenery, fresh air and a wide collection of flora and fauna. You can enjoy the nature with fewer crowds. Also, you need not worry about lodges running out of rooms.

Before heading for a trek in monsoon, you should take in some pro tips such as:

Recommended Wearing Gears for the June

Since there will be rain, you need to carry best backpacking rain jackets and pants. You also need to carry a breathable rain gear along with light clothing to deal with humidity and rainfall.

For lower elevations, an umbrella and a raincoat will be a better option. You also need to carry light and breathable running shoes for trail walking. This will help you maintain a firm grip on wet and slippery surfaces.

During June, the monsoon brings rain in most parts of Nepal. Trekking in Nepal in June month, the Himalayan region in the northern-central part is favorable as it receives lesser rain than other parts of the country.

Traveling in Nepal in the month of June offers a variety of options with less crowded trails, green lush vegetation, and mild temperature. 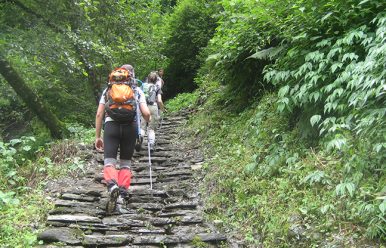 Why do I need extra training? I am physically fit. Is there any specific training I need for altitude trekking? I run regularly, do I still need to get trained? Annapurna Base camp Trek training and gym training, aren’t these quite similar? You are here … 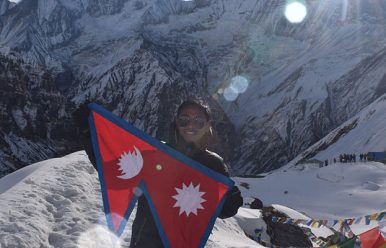 Nepal is almost always the answer when it comes to choosing a trekking destination. Of the 14 mountains above 8000m, eight of them are here in this beautiful, naturally gifted country. Trekking in Nepal is also great for solo and group trekkers alike. Trekking is … 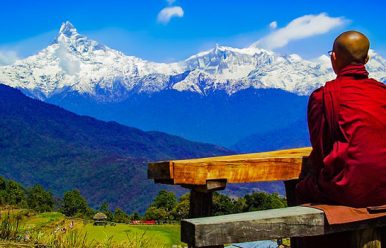