Nepal has four climatic seasons which vary due to topography and altitude. They are Spring (March-May), Summer (June-August), Autumn (September-November) and Winter (December-February).

Generally, mid-September to mid-December is the best season for the trekking in Nepal. Most of the trekkers prefer to trek during this season.

September is the best month to visit Nepal for trekking due to the perfect weather and the spectacular view of mountains. Normally, from mid-September, the monsoon season ends. There will be no summer heat nor the winter cold.

Weather is pleasant in the mountains region. The skies are also clear. This is a perfect time for trekking in Himalayan region as you will get far better views of nature and its diversity.

From mid-September, you can trek all the popular trails without any risk. You can trek to Everest Base Camp, Annapurna Circuit, Annapurna Base Camp, Langtang Valley, Upper Mustang Trek, Poon Hill Trek, and Manaslu Circuit Trek.

If you trek early in September, you will avoid bigger trekking crowds.

Aside from nature, Nepal is a country also rich in cultural diversity. Hence, you can also get an insight into the lifestyles and cultures of different ethnic groups. You can enjoy the warm hospitality of the local Nepalese people.

Autumn season lasts from September until November. During September, the weather is pleasant and not much affected by the cold. The average temperature in Kathmandu during September ranges between 15°C to 24°C.

Generally, from early September the monsoon rain decreases. Likewise, temperature also starts to decrease in the Himalayan region of Nepal.

As Autumn follows Spring season, it brings out a clear view of the skies. There will be no clouds to block your view. The days will be warm and nights are generally cold.

September will provide you a pleasant temperature for trekking in the Himalayan region of Nepal.

During September, the night at the mountain region is cold but not as cold as winter. Between 2500m to 3500m, the day temperature is 20°C and night temperature is 5°C. At the higher altitudes, temperature ranges from about 20°C down to -10°C.

September resembles the end of the monsoon season in Nepal. But, there might be a few occasional showers. The chances for rain in September is around 12 days.

Note: During September, the days will be warm and nights are generally cold. Temperature falls by around 6 degrees for every 1000m difference in distance. The higher you climb, the colder it will be.

Also, when you are above 5000m, the weather can be unpredictable.

Trekking in Nepal in September is one of the best outdoor activities. September month comes with the end of the monsoon season. It offers a clear view of the sky and the breathtaking snow-capped mountains.

Sometimes, even when mountain peaks are partially covered with cloud, it will still give you a fabulous view. You will see lush green hills and plantation. Most of the trekking trails include beautiful waterfalls, rice fields, and abundant hills.

As it is one of the best seasons for trekking, you can expect the trails to be a bit crowded. As a result, accommodation and additional facilities might not be easily available. So, you will need to consult with your respective travel agency before planning to trek in September.

During September, the crop plantation is complete and the farmers wait to harvest the crop.

This month is popular not only for trekking but also for the different Nepalese festivals. The major attractions of this month are some biggest festivals like Teej, Dashain, and Tihar.

Teej is a big celebration for women in Nepal. If you visit Nepal in September, you will be able to explore how women celebrate this grand festival. They fast, dance and pray to Lord Shiva for the longevity of life and prosperity of their husbands.

If a woman is single, she also worships the Lord so that she can find a perfect match for herself.

Furthermore, in September, Nepal celebrates another one of its major festival called Dashain. It is also known as the ‘festival of victory’.

This festival goes on for 15 days. In the tenth day, the younger ones receive the red mark “Tika” and blessings from their elders. It is a symbol of victory of good over evil in religion.

For trekking, there are two main popular regions in Nepal: The Annapurna region and the Everest region. Besides, there are many other regions which lie in rain shadow areas including Manaslu, Upper Mustang, and Dolpo circuit.

Now let’s discuss some of the top most recommended treks in Nepal in September. This list involves trials as per the recommendations of experienced trekkers.

Everest Base Camp Trek in September is the best time for you to get a crystal clear view of the mountains. The sky is clear and the temperature is bearable. You will get to witness amazing peaks including Mt. Everest, Mt. Amadablam, Mt. Nuptse, Mt. Lhotse and much more in the Everest region.

In the winter and monsoon seasons, the weather is poor. Thus, flights are frequently canceled at Lukla Airport. But if you choose September, these issues do not arise.

Annapurna Circuit Trek which lies in the rain shadow area is one of the most loved trekking trails in Nepal. September is again another best time to trek the Annapurna regions. This trail is safer and cheaper compared to others trails.

October and November are the two busiest months for this trail. So during September, the trekking trail will not be much crowded. You will get the opportunity to explore varieties of landscape and natural scenery.

In this trekking route, you will witness high mountains and the attractive Manang Valley. You will also encounter different ethnic communities rich in culture and traditions.

The Upper Mustang is one of the rain shadow regions. Even during monsoon seasons like June, July, and August, one can trek without any kind of risks. Upper Mustang is not affected by monsoon as there will be not regular rainfall.

The weather is generally sunny and warm with outstanding views. During winter, there is heavy snowfall so hardly anyone treks after December.

September is one of the best trekking seasons for Upper Mustang. You can trek with ease and comfort along the whole trail. It is less crowded and you can enjoy some quality time alone with nature.

The main highlight of this trek is Lo Manthang, the capital of Upper Mustang. On the trail, you will get a chance to discover ancient Tibetan monasteries, meditation caves, deep gorges and amazing landscapes. You will also enjoy the breathtaking views of Mt. Nilgiri, Mt. Annapurna, Mt. Dhaulagiri and other peaks.

The Manaslu Trek provides a majestic view of glacier lakes and natural scenery. The trek takes place from 700m to 5169m. So, there exists a wide variation in temperatures.

It is really hard to find a balance. When it is moderate in the lower elevations, it could be freezing in the upper region and vice versa.

During autumn, the weather of the Manaslu circuit remains stable. In the start of September, there will be occasional rain which will clear the cloudy skies. Thus, you can enjoy the crystal clear view of the snow-capped mountains.

If you want to avoid a busy trail, you can visit during September.

The Upper Dolpo region lies beyond the Dhaulagiri Himalayan rain shadow area. It is one of the most isolated and remote areas of Nepal. Dolpo region is even more remote than Upper Mustang.

So, if you are looking for a less crowded trail, Upper Dolpo trek can be the best alternative during September.

During the winter, due to heavy snowfall, the regions remain restricted for trekking. Thus, if you want to explore towering waterfalls, ancient monasteries and unique culture of Dolpo, September is the best choice.

Trekking Tips for Trekking in September

If you are trekking in Nepal in September, here are a few handy tips which can be helpful:

Before trekking in the Himalayan region, you need to know all about your equipment and travel essentials. Over packing and under packing can both be burdensome and can affect your holidays.

Packing essential equipment depends on your choice of season and kind of trek.

Nepal is the perfect trekking destination in the world. You can organize your trekking trip at any time of year. But September is usually preferred for its pleasant climate and weather conditions.

Trekking in Nepal in September is one of the best outdoor activities. It offers a clears view of the sky and the mountain peaks. It also offers an opportunity to explore a variety of challenging trekking trails in the upper regions.

Additionally, you can get a glimpse of the rich festival and culture of the locals in September. You can experience the thrill of both nature and culture side by side. Thus, September will be able to surpass all your expectations in adventure and cross cultural experience.

Weather conditions in the Himalayas can be unpredictable, even during the best trekking seasons. Sometimes bad weather conditions can affect the flight schedule, resulting in flight delays. So, to be on a safe side, you can add a few extra days in your trip’s plan. 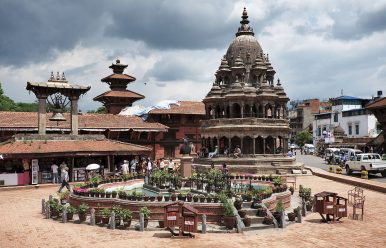 Oh Kathmandu, you are so beautiful!. It is touristy, overcrowded, and intoxicated place in the world. That is the reason why it attracts so many people from around the globe. Such things, which make Kathmandu a crazy place or a freak show, are the same … 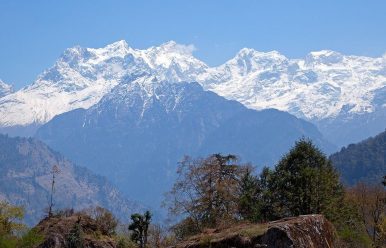 Manaslu which is also known as Kutang is the eighth highest mountain in the world situated at 8,163 meters (26,781 ft) above sea level. It lies in the Mansiri Himal, part of the Nepalese Himalayas in the west-central part of Nepal. The Manaslu means “Mountain … 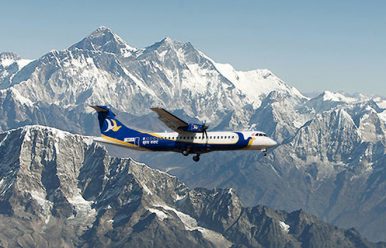 The popularity of Everest Base Camp draws thousands of visitors to Nepal. Being one of the most popular treks in the world, ‘How to get to Everest Base Camp?’ is a question that ticks everyone’s mind. And why not? Before embarking on the journey, everyone …