Home Blog Blog Trekking in the Restricted Region of Nepal

Some of the most famous treks in the restricted regions are Known for its spectacular view of rhododendrons, Milke Danda is situated close to the town of Chainpur. The seven days walk will take you as high as 3500m. The journey is a scenic one through beautiful landscapes and river banks

Established in the year 1922, Makalu Base Camp happens to be one of the most famous restricted treks. Major part of the route falls under the Makalu-Barun National Park and the Makalu-Barun Conservation Area. The area preserve one of the most botanically diverse and wildlife-rich areas in the Himalayas. A perfect combination of scenic beauty and wildlife, the trek also takes you higher than 4000m.

This trek is a journey to the third highest peak in the world– Mt. Kanchenjunga. It is situated in the extreme northeastern part of the country. The trek is graded as a strenuous one and requires weeks of walking. Most of the trek falls under the Kanchenjunga Conservation Area to enter into which you will have to pay a certain amount. Situated in the far western region of Nepal, Rara National Park is yet another famous trekking destination. The trek is a scenic one that will lead you to phenomenol viewpoints of the majestic mountain peaks. The highlight is the largest Lake of Nepal– Rara Lake- nestling amidst the wilderness of pine and rhododendron forests at a height of about 3500m. The park is one of the best places in Nepal to see wildlife- black bear, tahr, goral, musk deer and the rare red (lesser) panda and any more.

Situated in an isolated district located in the northwest region of Nepal, Dolpo is a phenomenal trek of Nepal. She-Phoksundo National Park happen to be Nepal’s Biggest National Park.  The park consists of deep valleys, snow-capped peaks, monasteries and amazing fauna.

Open for foreign trekking in 1992, upper Mustang attracts several adventurers from all over the world.  Being close to the Tibetan border, most of the lifestyle and culture of this region has been derived from the Tibetan culture. The scenery of this trek is beyond the ability of any words to  describe it.

There are few other restricted trekking regions. The highlight of going to such region is that they give the experience of nature in its purest and rawest form. The trails are less walked upon and hence are less trodden. The ecosystem of these regions are also well preserved. You will also have to be more than averagely fit to trek in these regions. Anyone who is enthusiastic about adventures will love all of the treks in the restricted regions. 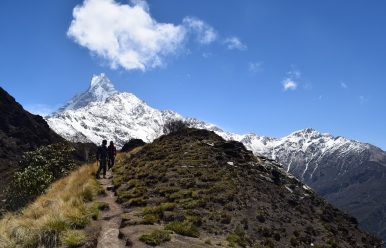 May is the season to satiate your trekking wants in Nepal. This month offers warm and more stable weather conditions even in the high altitudes of Nepal. This makes it the ideal time for all treks in Nepal. Trekking in Nepal in May offers chances … 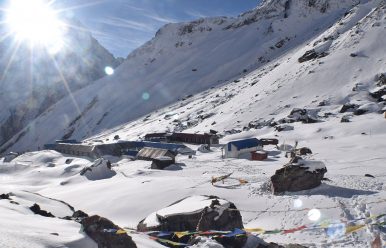 Annapurna Base Camp Trek Weather Before planning any trek in Nepal, you should always understand and study the risk factors. The local weather and climate being the key factors. Depending upon the region and the season, weather and temperature in Nepal vary drastically. And as … 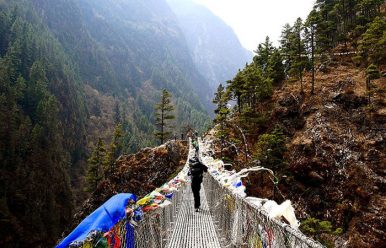 Easily one of the first choices for trekking enthusiasts in Nepal, there is only a handful of them who haven’t heard of Annapurna Circuit. Variance in the topography, culture, and the ecosystem of this circuit in Central Nepal plays perfectly with the constant assembly of …