Kanchenjunga trekking is considered by many to be one of the finest trekking routes in Nepal. The 25 days long trek takes us to the remote mountain ranges in the border regions of Nepal with Sikkim and Tibet. The best time to complete the trek is during the months of March -May and September- December. The strenuous trek, to an elevation of 5140 m, is one of the most exciting trips to uncover the secrets of Nepal.

The trek includes natural beauty of the farmlands, traditional villages, valleys and other landscape. The traditional people with their unique cultures and lifestyles add to the cultural experiences. Sherpa, Limbu, Rai, Tamang, and other ethnic groups welcome us with warm hospitality.

The trek is equally famous for its biodiversity. Kanchenjunga Conservation Area (2035 sq.km.) is dedicated to protecting different species of birds, animals, and plants. The demanding trip requires physical fitness, technical knowledge, and determination. We climb with proper rest and acclimatization to reach the high altitude destinations.

The trek is marked by rugged trails, scattered settlements, and monsoon downpours. The trek travels the forested lowlands and hills to the mountains of the region.

The highlights of the trek include

Day 1
Fly from Kathmandu to Bhadrapur and drive to Ilam

We will take a 45 mn morning flight to Bhadrapur and then drive to Ilam. Ilam is famous as Nepal’s largest tea plantation area. We will stay overnight in Ilam.

From Ilam, we will drive for hours to reach Taplejung where we will spend our second night.

From Taplejung onward, we will trek along the lush green mid-hills of Nepal along rivers and steep ridges. We will pass through traditional villages with mud houses, paddy fields, fruit trees, and terraced farms. We will walk down to Tamur River and follow it upstream through some remote villages. After a while, we will reach the Tamang village of Sinuwa and spend the night there.

After the village, the valley narrows and we will pass through landslide debris and boulders. Then we will descend to Thiwakhola and cross it over a wooden bridge. After a few up and down trails, we will reach the Chiruwa market. From there, we will again follow Tamur River to finally get to Taplethok.

On this day, after climbing a spur we will descend to Simbua Khola and then cross the bridge over the river formed by the Yalung glacier. After another ridge, we will reach GhunsaKhola Valley. Once we reach the confluence of Tamur and GhunsaKhola, we will walk for a while and spend the night there.

From Sakathum, we will trek northeast along the banks of GhunsaKhola. We will gain altitude while moving towards Kanchenjunga Base camp. The trek passes through exposed terrain with steep, uphill climb to Amjilosa. It is a Tibetan village where we will stay overnight.

We will pass through rhododendron and bamboo forests. After an ascent, we will come across a big waterfall on the side of the river which points to our destination Gyable, one of the best places with gorgeous views of the surrounding.

From Gyable, the trail crosses a large meadow, a village, and a hill. Then, we will descend and cross a river to reach the village of Gunsa. Gunsa is a large Tibetan village with wooden houses, a school, a health post, and a micro hydropower plant. It also has Kanchenjunga Conservation Area and few Gompas where people share their travel stories. We will stay in the largest and last village of the valley.

For the acclimatization, we will hike to the other side of the river to gain about 400m elevation. It takes about 4 hours for the roundtrip. Rest of the day we will explore the picturesque Tibetan village and get acquainted with its people.

From Ghunsa, we will move through beautiful pine and rhododendron forests, along the south bank of GhunsaKhola, with many chortens and Mani walls. After crossing various slopes and glacial moraines, we will finally reach Khambachen. It is a small Tibetan settlement with around a dozen houses surrounded by mountains. We will stay there overnight.

Once we reach the source of GhunsaKhola, we will stay to the north of Kanchenjunga glacier. We will hike along a plateau past Lhonak glacier to reach Lhonak. Despite the cold and high elevation, the breathtaking views of Wedge peak, Mera peak, Nepal peak, and Twins will mesmerize us. We will spend the night in Lhonak.

Leaving Lhonak, we will go east following the same glacier on the northern ridges to reach KBC. It is also called Pang Pema, with beautiful mountain views. We will head back to Lhonak to spend the night in lower elevation.

We will retrace our steps back to Ghunsa, where we will spend the night.

We will follow a steep, rocky trail through a forest that emerges at High Camp. The Sele la Kharka is just above the high pass where we will spend the night.

It is one of the most exciting days of the trek as it’s a walk through two passes : Sele La pass (4480m) and Sinion La (4660m). After the final pass, we descend for about 1000m to reach Tseram where we stay the night.

From Tseram, we will pass through the snout of Yalung Glacier into an eroded valley. The peaks of this region span the Nepal- India border. There is a lake and a meadow in Ramche. Blue sheep can also be seen on the grassy slopes. From Ramche, we will move through rocky trails and moraines to finally reach Oktang Glacier. From, there we will trace the trail back to Ramche.

From Ramche, we will trace our steps back to Tseram where we will spend the night.

We will descend through SimbuwaKhola while retracing our steps. As the descent is easier, we will get enough time to admire the surrounding views and orchids in the Kanchenjunga Conservation Area. We will pass through Toronton and then reach LamiteBhanjyang, below Amjikhola. We will stay there overnight.

We will travel through LamiteBhanjyang which is basically a dense forest of pine trees. We will be accompanied by the singing birds throughout. We will cross the AmjiKhola and then descend to Yamphudin and spend the night there.

We will make a descend on this day as we walk along the KabeliKhola. There are waterfalls of various sizes throughout the trail. We will finally reach Phumphe to spend the night.

From Phumphe, we will first climb a ridge and then descend through a series of side valleys past Phun village. After reaching Kesawa, we will ascend to Bhanjyang which is a Gurung settlement. From there, the trail traverses a ridge and descends to Kunjari, a Limbu village. We will stay the night here on the banks of PhaKhola.

It is the last day of trekking as we go to Suketar of Taplejung. It involves more climbing than descends and hence is an exhausting day. We will stay overnight in Taplejung.

On this day, we will take a long drive to Birtamod of Bhadrapur. We will stay in Birtamod for the night.

Day 24
Fly back to Kathmandu

We will take an early morning flight to Kathmandu and say goodbye there. We hope you had an amazing trip with our company! 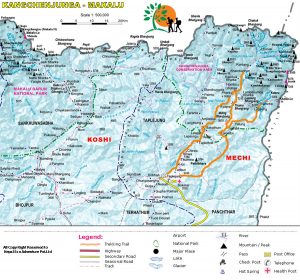 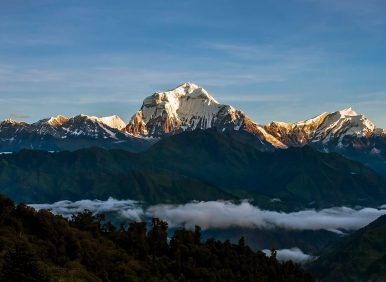 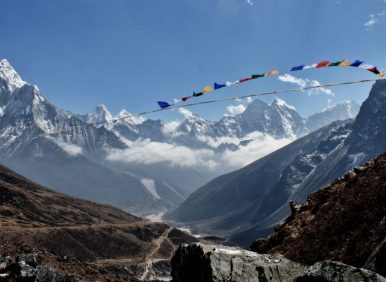 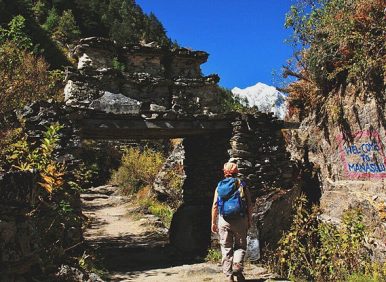 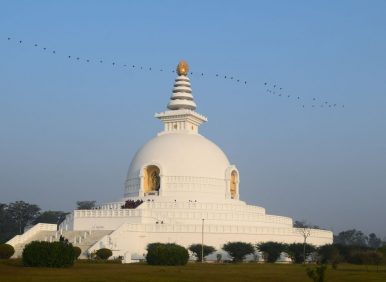 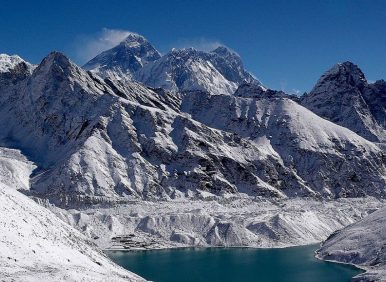 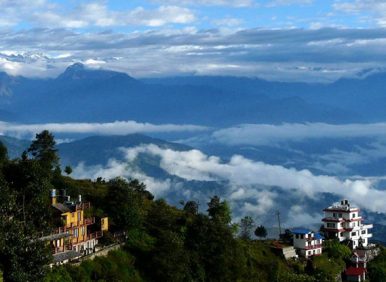