Gokyo valley trekking is one of the very well-known and unique adventurous trekking routes of Nepal. It is one of country’s most adventurous and exploratory trek.

Gokyo valley trekking presents to you an extraordinary and once in a lifetime experience to witness the beauty of the world’s tallest and prettiest mountains, exquisite glaciers, including Ngozumpa Glacier, the largest glacier in the whole Himalayas and second largest in the world. It is possible to trek on the Gokyo valley throughout the year, but the best time to trek are the periods from March to May and September to December.

The beginning of this trek commences with a 30 minutes flight from Kathmandu to Lukla. This journey takes you through the magnificent valleys of Dudh Koshi, rich in atypical biodiversity, century’s old Buddhist monasteries, and traditional Sherpa villages and finally brings you to the footsteps of the renowned Namche Bazaar, the epitome of Sherpa civilization, and a gateway to classic Everest route. Also, it offers the picturesque and close-up views of Mt. Everest (8,848m) and other equally splendid peaks like Ama Dablam (6,812m), Thamserku (6,623m), Lhotse (8,516m) and Nuptse (7,861m), after passing two nights at Namche.

After exploring and adapting to high altitude at Namche, we move onward to Dole, Machheremo, Luza and Gokyo, our ultimate target. After this, we climb the Gokyo Ri, which stands 5,357 m tall, to witness the spectacular sunrise at the Himalaya. Subsequently, two and half hour walk later, the view from the ridge above the Gokyo peak is incredible. Four peaks which stand taller than 8000m are visible from Gokyo Ri, including glorious Mt. Everest, Lhotse, Cho Oyu, and Makalu, and the beautiful emerald Gokyo lake, along with other smaller mountains. The view of Everest from Gokyo Ri is more stunning than from Kalapathar.The sight of the terrific ice ridge between the Ghyangchung Kang (7925m) and Cho Oyu (8201m) is one the highlight as seen by Khumbu. You can extend the trek by going over the Chola pass to Everest base camp, for more remarkable mountaineering adventures to recall.

Once you land at Tribhuwan International Airport (TIA), our representatives will kindly receive you and take you to your hotel, in a private car or a high-end tourist bus. After checking in, you can either explore this vibrant and exciting city on your own or take a cozy rest at your hotel.

Your sightseeing of this ancient city begins at around 8:30 am, after breakfast. A specialized tour guide and a comfy private vehicle will be available for your assistance. First we will visit the biggest Hindu temple of Nepal, Pashupatinath, which predates to Lichhavi period. Then, to Boudhanath, and SwayambhuNath shrines of lord Buddha, uniquely built in Stupa style architecture. The evening will be spent at Kathmandu Durbar Square, testimonial of middle age architecture.

On the third day, we’ll board a flight to Lukla (2810m), from TIA. You will be able to enjoy the beauty of splendid hills, rivers and mountains during the 30 minutes long flight. On reaching Lukla airport, you’ll be introduced to your porter, and served a wholesome breakfast. After that, we will head north to Phakding (2620m). It is an easy 3 hour hike through the Dudhkoshi valley. We will head north from the airstrip to Chheplung (2700m) and cross the crystal clear Thadokoshi on a locally built suspension bridge. Past the bridge, you can witness KusamKanggru (6367m), which is one of the toughest mountains to conquer. Away from the ThadoKoshi, the trail continues towards the Ghat (2590m) and we will cross a ridge marked with painted Mani stones. We will carry on our mount to reach the beautiful tribal village of Phakding where you will stay overnight.

On our second day of trekking, we will head to Namche bazaar, celebrated village of Khumbu region. On our way to Namche, we will cross the winding Dudhkoshi River 5 times on thrilling suspension bridges, covered with colorful Buddhist prayer flags. Then,We will continue your climb, which will bring you to Jorsale. From there, it’s a two and a half hour ascent to Namche, with two major viewpoints on your way. If you’re lucky, on a clear day, you can relish the hypnotic view of Everest. At Jorsale, you will enter Sagarmatha National Park (UNESCO World Heritage Site) where you’ll be required to verify your permits. After 5-6 hours of tough hiking, we’ll reach Namche Bazaar, the economic hub of the region, also, gateway to Everest.

Adaptation to harsh geography and high altitude is vital before further continuing the ascent to avoid altitude sickness and other unwelcome illness. You’ll be taken for a one day hike through the beautiful villages of Khunde and Khumjung. After getting back at Everest view hotel, you can go to look at the giant skull of a mystical creature “Yeti”, in a monastery in the region. You can also savor at a bakery at world’s highest altitude. On a fairly clear day, you can view breathtaking view of peaks such as Everest, Lhotse, and AmaDablam among others. The view of mountains from the Everest View Hotel, is also commendable. After a nourishing breakfast at the hotel, we will endeavor an hour long climb to the Syangboche airstrip (3790m), from where we will steadily ascend towards Khundu. On your way up, you can see century’s old Chorten (stone Buddhist monuments). From there, we will move eastwards to Khumjung, the largest settlement in the whole Khumbu region, at the lap of the holy peak of Khumbila. After savoring lunch at Khumjung, we will trail a slow climb to Everest View Hotel, from where you can again enjoy the view of Himalayas. The descend to Namche (3540m) is approximately 4/5 hours walk.

Now the trek enters above 4000m. A little climb to the ridge top out of Namche will grant us a glorious view of Everest and Lhotse. From there, we will continue the mainstream trail for some time. All through the trail, you can witness vendors selling Tibetan handiworks.After we arrive at the crossroad, which lies considerably high all above the DudhKoshi, the trail is divided. The upward trail, which we will follow stretches to Mon La Pass. The downhill trail leads to Everest base camp. We will now follow the pass to reach Phortse Tanga. We will now trail steeply to rhododendron jungles. After that, we arrive at Dole. From here, we can have a spectacular view of Khumbila and Tawache (6,542m). We will explore around Dole, and stay overnight.

The trek begins with a steady climb along the valley. The air is now thin, comparatively. The juniper forests now dominate the woods. As we go up, we can see beautiful summer settlements and grazing land throughout. The sight of tall silver mountains will be a treat, no wonder. Superb views of Cho Oyu, its neighboring peaks Kantega and Thamserku will feast our eyes. By noon, we will have arrived at Machermo (4,410m). We will spend the rest of the day exploring Machermo (4,410m) and spend the night there.

Day 8
Trek to Gokyo (4790m) after lunch, trekking to Fifth Lake and back to Gokyo.

After breakfast, we will continue the trail over the ridge for more exotic views. Majestic Cho Oyu stands tall, right in front of us. Below is the gorgeous view of Khantega gorge, innate. Beyond the edge, the valley extends as the trail goes side by side to Pangram at 4,390m. We descend down to the riverside, before we climb up to the fetal glacial deposit of the Ngozumpa glacier. Now, after a slightly higher ascent, we arrive at Gokyo, for a night stay. After the Lunch We will also visit and relish the sight of magnetic Forth and Fifth Lake for close view of Mt.Everest and many other mountains and take pictures. Trek back to Gokyo village where we spend our night.

Early in the morning, we will conquer 5463m high GokyoRi from where we can view outstanding Everest, Cho Oyu, Lhotse, Makalu among others. We will hike to Fifth Lake from where the view of peaks is even better. We will then descend to Dole to spend the night.

We will continue our trek down the Sherpa villages of Khumjung, leaving the mountains in the backdrop. We will walk down to the village of Namche bazaar, the epitome of Sherpa culture. We will stay the night at a guest house in Namche.

It is around a seven hour long walk downhill from Namche to Lukla. On this day, our time at the exotic Sagarmatha National Park will come to an end. Following day, we will board a plane to the capital. You will bid goodbye to this trek with a memorable walk down to Lukla.

Day 12
Fly from Lukla to Kathmandu

The day has come to leave this remarkable country. Our representatives will transfer you to the airport from where you’ll board a flight to your next destination. Bid farewell to this country of Himalayas with plans to visit next time. Because, once is never enough! 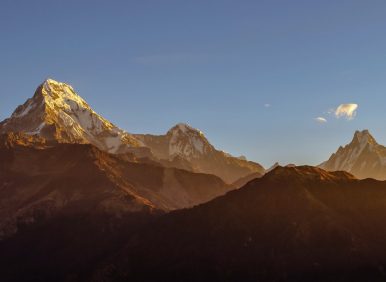 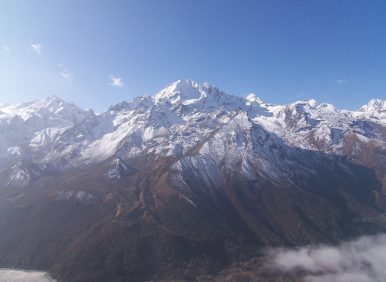 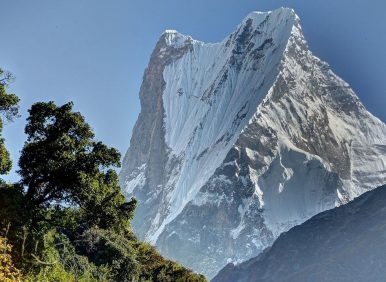 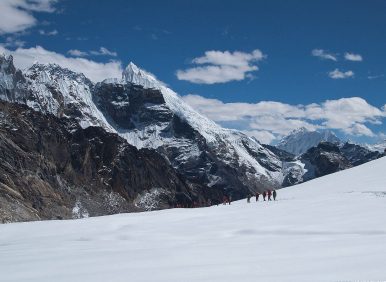 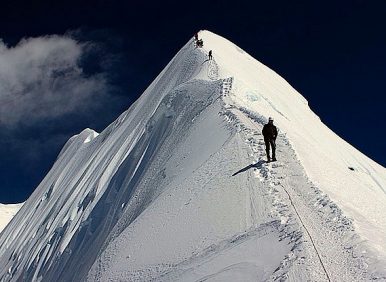