Situated at the foot of the Himalayan ranges is a beautiful Langtang Valley filled with nature’s bounty. An alternative trekking route very close to Kathmandu Valley, Langtang Gosainkunda trekking begins with a 7-8 hour drive to Syabrubensi from Kathmandu.

This trek exposes you to a remote and glorious valley of Langtang. The major part of the settlement in this region makes up the Tamang people who are popular for their hospitability. Apart from experiencing the culture and tradition of the Tamangs, you also get to enjoy one of the finest views of the Himalayas from this region- Tserko RI (5033m), Kyanjin RI, Ganchhenpo (6388m), Dorje Lakpa (6990m), Laurebinayak pass (4,609m). A splendid sight of mountains like Langtang Lirung (7,200m), Ganesh Himal (7,600m) and Langtang-II (7,227m) are also visible from this valley.

Confining the Langtang National Park within its premises, Langtang Trekking gives you an opportunity to explore a wide range of Wildlife inhabitant- Red Pandas Musk Deer, Himalayan Black Bear, Himalayan Thar, Rhesus Monkey and Langur. It is an ideal place for bird watchers and florists, especially during the spring season. This valley is dominated by rhododendron and bamboo forests, pine forest, swift mountain streams, rugged rock, snow-capped peaks, grassy downs and meadows of Daisies which makes the journey even more sensational.

Right after the monsoon, this trek gives a fabulous view of the great peak of Langtang Lirung (7246m), which dominates the upper valley and straddles the Tibetan border.

Welcome to the beautiful country Nepal. Our Airport representatives will receive you at the airport. We will then transfer you to your respective hotels. You will have the rest of the day free to explore Kathmandu as you please. Overnight at hotel in Kathmandu.

Today we are going on a guided tour around the Kathmandu valley. The valley is known for its rich , art, architecture and a diverse culture. The valley holds a large number of UNESCO’s World heritage sites, some of which , we will be visiting today. Pashupatinath temple, Boudhanath temples and Swayambhunath temple are some of the famous Hindu and Buddhist shrines. A visit to these sites will let you explore the rich cultural diversity and religious harmony between the two religions in Nepal. We will also be visiting the Kathmandu Durbar Square is known for its beautiful art and architectures. The Palaces and temples in the Durbar square are elaborately decorated with wooden carvings on the windows and panels.Later on the afternoon, we will begin your preparation for trekking.

We will be driving to Syabru Bensi which is about 117Km away and 7hrs drive from Kathmandu. The road is winding, mostly unpaved, and on high mountains. We will be driving through scenic foothills and Ridgeline landscape to Syabru Besi passing through Dhunche. While passing along the road on the bank of Trishuli River you catch a glimpse of Ganesh Himal, terraces and green hills.We will halt in a local guest house for the night.

We will be walking for about 6hrs from Syabru Bensi to Lama Hotel. The view of terraced fields and dense forest with a variety of plants is impeccable. We also might come across some of the Wildlife inhabitant-throated martin, wild boar, Langur monkey, red panda and Himalayan black bear. The trail crosses a stream and a steel suspension bridge at 2000 meters. The route will further lead us to the northern bank of theLangtangKhola from where an ideal view of waterfalls comes into sight. Upon reaching the Lama Hotel, we will conclude the trek for the day.

From Lama Hotel, we will trek for about 6-7 hours to Langtang. The sight from Langtang Lirung is exotic. We will come across a lush meadow of GhoraTabela at 3000m, a valley of yak pastures and ethnic Tamang villages during the journey.Langtang village is the headquarters for Langtang National Park. We will halt in a local guest house for the night.

We will be trekking a distance of about 3900m from Langtang to Kyanjin Gompa. During the trail, we will come across the largest mani wall in Nepal, made up of stone that have prayers inscribed on them. We will also come across several of the wooden bridges. Kyajing Gompa is surrounded by the Himalaya and ideal views, glaciers, ice-falls, birds and yaks.We will conclude the day in a local guest house.

On this day, we can hike up to Kyanjin Ri or Tseku Ri for superb Himalayan scenery of Langtang Lirung 7245m, Ganesh Himal 7406m, Nayakhanga 5846m, DorjeLakpa 6988m, Gaurishanker 7145m, Gangchenpo 6387 m, Yala peak 5500m or hike to Langtang Lirung base camp. We will stay in a local guest house at Kyanjin Gompa for the night.

We will trek from Kyanjin Gompa to Lama Hotel following a route which will take us about 4/ 5 hours. The trail goes down the hill and then through a forest. Pass through the ethnic Tamang settlements whose cultural and religious practices are similar to the Tibetans. We will spend the night in a local guest house.

Today we will trek from Lama Hotel to ThuloSyabru. The upper part of the trail is more beautiful for it offers panoramic view of mountains and green hills. This region is dominated by Tamang community who have adopted the Tibetan lifestyle. We will spend the night in a local guest house.

On this day, we will be traveling from Syabru Village to Singh Gompa. We can learn and experience the Tibetan lifestyle and culture that is followed by the settlement along the area. The view of the mountains along the journey is an ideal one. Overnight in Sing Gompa.

We will visit the Gosiankund Lake to explore it. It is about 5-6hrs walk from Singh Gompa. This lake is considered to be one of the holiest lakes of the Hindus and the Buddhists. This trekking destination is famous for the Langtang valley with Tamang culture, Mountain views, Tibetan Monasteries, primitive Tibetan style houses, yak cheese factory, beautiful landscape, and waterfalls.

Day 12
Explore holy Gosainkund Lake and trek down to Chandanbari

On this day we will explore the holy Gosainkund Lake. A sacred lake for both the adherents of Hindu and Buddhist faiths, Gosainkunda is also known for wonderful scenery. We will return back to Chandanbari and spend the night in a local guest house.

Day 13
Trekking from Chandanbari to Dhunche

On our last trekking day, we will descend to Dhunche through pine, oak, and rhododendron forests. This trek will be about 5hour long. We will spend the night in Dhunche.

Day 14
Drive back to Kathmandu

Today we will leave for Kathmandu early in the morning. We will be enjoying the beautiful countryside as we drive pass beautiful villages and hills on our way. The drive to Kathmandu is around 7 to 8 hours long. After we reach Kathmandu, we will be transferred to our respective hotels. We can now rest in the comfort of our hotels or roam around the Kathmandu City for more adventure.

Day 15
Final Transfer to the Airport

Today, we bid goodbye to the beautiful county Nepal. We will receive you from your respective hotels and transfer you to Tribhuwan International Airport for your final departure for home. We also welcome you to visit our country again for further experiences of nature’s bounty in new and exciting places. 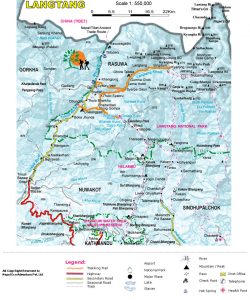 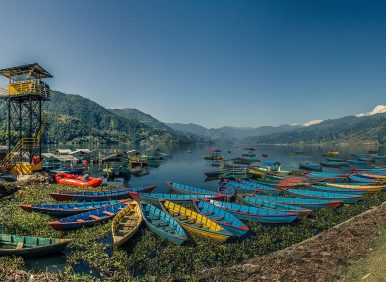 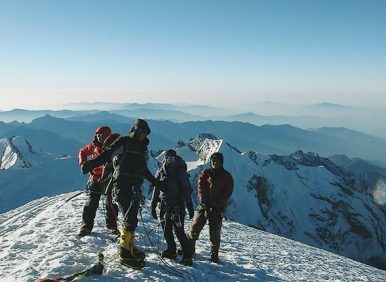 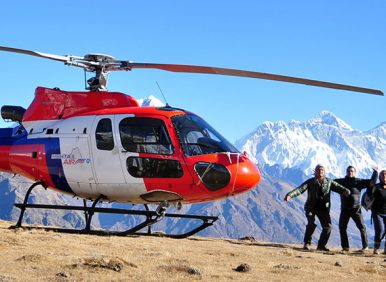 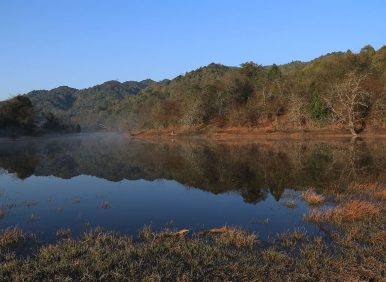