Word has it that the highest peak in the world is  Mount Everest. It is a fact that almost everyone is aware of. The question here is- Where is mount Everest located?

Most people who wish to trek to the base camp or conquer it by making it to the peak are concerned with its location. A handful of them might want to know for the sake of knowledge. Whatsoever the reason may be, this article will give you a clear picture of the location of Mount Everest along with other information.

If you want to see mount every closely from the naked eye, you can go to the base camp of Mt. Everest. We have fun and adventure travel package designed for those who enjoy hiking and want to this mighty mountain closely.

In which country is Mount Everest located in?

The easiest way to gain an idea about “where is mount Everest located” is by knowing the country it resides in.

Mount Everest is located in a small landlocked south Asian country named Nepal. It is bordered by China to the north and India to the south.

Now, where is mount Everest located in Nepal?

The home location of Everest is the Mahalangur range of the Great Himalayas. It arises exactly on the border line of Nepal and Tibet (27°59’ North latitude, 86°55’ East longitudes) in the southern part of Asia.

Mount Everest is known as Sagarmatha in Nepali. Tibetan identification is ‘Chomolungma’. It is also called the third pole. The peak derived its name from the land Surveyor-General ‘Sir George Everest’ who was the first person to locate the exact position of the peak.

Known as the land of the Himalayas, eight among the ten highest peaks in the world are situated in Nepal, one of which happens to be Mount Everest. Its topographical structure and geographical composition make it one of the best destinations in the world for adventure sports.

Among the several extreme sports, Nepal has to provide, trekking to Everest Base Camp is one of the treks. The journey is the closest view of the highest peak in the world. This trek attracts thousands of people from all over the world and is one of the most visited treks of Nepal.

Not only for trekking, but the Everest region is also open for mountaineering. The number of attempts has been increasing since the first successful expedition to the peak made by Sir Edmund Hillary and Tenzing Norgay Sherpa.

How long does it take to climb Mount Everest?

On average, almost all the expedition to Everest takes 2 months. The adventure begins at the base camp of the mountain. Climbers arrive there generally in late March.

The other base camp on the south side is situated at an elevation of around 5,300 meters and sits at the foot of the icefall, which happens to be the first major obstacle. Most climbers walk through this obstacle only a few times but the skillful Sherpa can do it up to 30 times in the course of a season.

The next important port is Camp 2 also known as an advanced base camp. From there, the climbers will continue their journey to Camp 3 and Camp 4. After making it to every camp, the climber climbs back down to a lower or base camp. This is a must for acclimatization. In fact, the reason as to why it takes about two months to climb the peak is because of the ample amount of time dedicated to activities concerning acclimatization.

The summit day is usually in mid-May. During this month, the temperature is warmer and the winds are milder. Climbers aim to be on the summit in the morning, with plenty of daylight left to get down before nightfall.

Everest attracts both, the experienced mountaineers as well as the armatures. The armatures climbers enlist guides known as Sherpa.

Climbing Everest is a strenuous task. What makes it difficult is the height that needs to be achieved. Altitude sickness, weather, and the wind are the major obstacles of the expedition for most climbers. More than 5,000 people have climbed Everest and 219 have died trying.

Hopefully, this article has been able to give you a clear idea about the location of Mount Everest along with various other information. 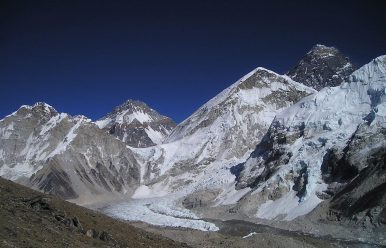 Everyone seems to be afraid of rain havoc in the Summer season while traveling to Nepal. But, the country has so much to offer all round the year. Although it is a monsoon month, there is a list of beautiful things to do in Nepal … 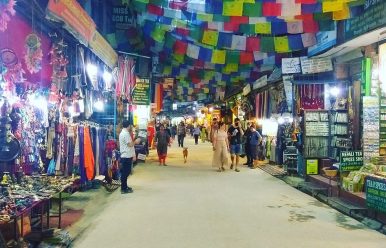 Whenever I think of Kathmandu loads of things comes in my mind. From the difficult ride to the cool and soothing spa, you are going to love it all. Rich in unique and worldwide culture and tradition, Kathmandu brings a lot of fun to your … 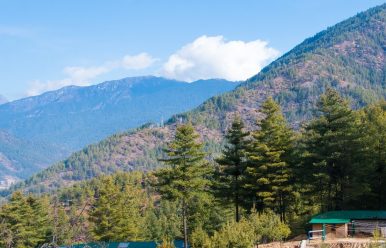 The diverse ecosystem in Bhutan in its undisturbed and pristine form is absolutely precious. It is a must visit place for any nature lover. You can enjoy the raw and rugged natural environment during the Bhutan Nature tours. Bhutan is a small county, yet offers …