Nepal is known worldwide as the land of Himalayas. Many people visit Nepal only to experience the serenity of the snow covered mountains. One among the many other trekking routes is the Manaslu Circuit trek.

Although recently opened for foreign recreation, Mansalu is growing in popularity among the trekkers. It is situated in the restricted region and requires special permission to be trekked in. As difficult as it sounds, it is not.

In fact, this trek can be enjoyed by people of all age and interest. Listed below are some of the reasons why you should trek to Mansalu.

1. The exciting views of the Himalayas

The route leads you to the Base camp of Mt. Mansalu-eighth in the list of highest mountains in the world. You will also get a glimpse of the Ganesh Himal, Shringi Himal, Chamari Himal, Buddha Himal, Himal Chuli, Nadi Chuli, Larkya Peak and many more.

The best viewpoint that exposes you to the most astounding view of the mountains is the Larkya La pass. The pass is considered to be the highest altitude you will be achieving in this trek.

The trek is situated in a remote part of the country. The route wasn’t opened for trekking until 1992. The area is protected under Manaslu Conservation area. Special permission from the government is required to trek in the region. The place is less crowded and comparatively sees less visitors in a year.

All of the above factors contribute to a less trodden path. This allows to experience the nature in its wildest form. The area is devoid of the modern influence. The settlements are rural and simple with no fancy buildings and roads. The forest areas are well preserved and unexploited.

The route will lead you into beautifully blossoming rhododendron forests, Bamboo forests, green hills and other areas of scenic beauty. This trek will make you fall in love with the nature all over again.

The people living in these areas are very simple. The main occupation of these villagers is agriculture. They have never been exposed to any dimension of the modern world. Hence, the trek is not only about nature but also about getting to experience a new demonstration of lifestyle and tradition.

Most of the people belong to the Sherpa and Gurung community. Religiously belonging from a Buddhist community, you will find several Buddhist monasteries and temples along the journey. Also, you will get a chance to get acquainted with a culture that is an altered version of the Tibetan culture.

You will get to taste the authentic Nepalese meal during the trek. The most popular and preferred dish is Dal-Bhaat. Ample amount of rice is served with vegetable curry, lentil, tomato chutney, salad and meat cooked in Nepali style.  You can also try some Tibetan Dumplings. Butter tea is a type of tea of the Tibetan culture: something unusual for you to try.

You will be spending some of your nights in guest houses popularly known as tea houses. The tea houses are very simple and comfortable. They have an essence of the nomadic lifestyle. The other days, you will be spending the night in tented camps. The whole experience of sleeping  under an open sky amidst nature’s paradise is what makes trekking even more interesting.

There are many more reasons for you to try Mansalu Circuit trek. Most of them are more of a subjective factor and hence cannot be described by words. You will have to come and experience it for yourself. Once you do, you will realize that any number and quality of description would be insufficient to explain your views about the journey. 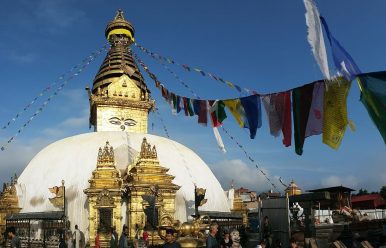 Nepal is a popular travel destination for visitors all over the world. Many travelers get lured by many things to see in Nepal. It is most popular as the Himalayan nation which is home to 8 of the 10 highest mountain peaks of the world. … 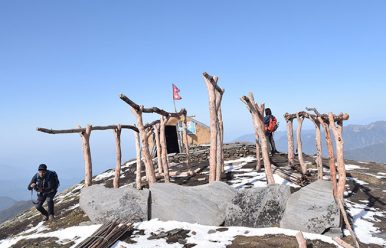 When you’re making up your mind for Mardi Himal Base Camp trek, be sure to collect as much information as you can on the weather and temperature of the trek route. Afterall, it is the climatic conditions of the place that sets up your trekking … 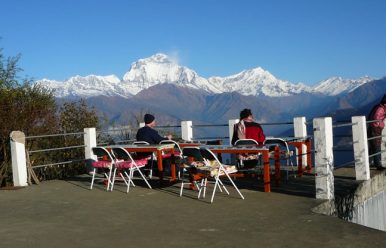 Tea houses in Nepal are mountain lodges along the trekking trails that provide meals and accommodation. Tea houses are usually own and run by the local family. Thus, you will be staying in rooms adjoining their home with a wide variety of home cooked meals …